People say age is just a number. Here are some super numbers:

Extra credit awarded to Phil Collins and Shakira for performing at the Super Bowl on their respective birthdays.

[I lied. We do have the resources to produce a preview of Super Bowl LII, and it begins right after this sentence. -ed.]

Well it’s time for the Super Bowl again. Do you like the Super Bowl? It’s ok if you don’t because none of this really matters. Whether the New England Patriots or Philadelphia Eagles win, nothing about the world will really change! There will still be all sorts of good stuff happening, and also all sorts of bad stuff. That’s just kind of the way life works. It’s important to keep perspective, but also to enjoy things like the Super Bowl if that’s something you’re into. Even if you don’t enjoy football it’s fun to go see your friends and hang out! You should always treasure the time you get to spend with your friends and family, even if it’s when you’re doing something like watching the Super Bowl and you don’t really enjoy football. But if you do enjoy football then it’s even better because you get to hang out with your friends AND watch a sport you enjoy.

Anyway there’s going to be football that happens. I am writing this on a phone so there won’t be any fancy tables or anything. The Patriots have Tom Brady who has won more than one Super Bowl (can’t fact check the exact number right now, sorry). They also have Rob Gronkowski aka Gronk. I like how Gronk lives his own life and doesn’t need validation from anyone. I think we could all learn a lot from Gronk about being our best selves and not caring about what other people think of us. But it’s important not to treat alcohol the way Gronk does. Alcohol is best enjoyed in moderation, and you should never let anyone tell you that you need alcohol in order to have a good time. Also Gronk is very big, so what might be an ok amount for him to drink might not be an ok amount for you or me! Anyway those are the two Patriots players I know. Their coach is Bill Belichick and he is always very grumpy, however he is very good at his job. I think he would be a good coworker because even though he’s not very personable he gets stuff done and doesn’t seem like he makes extra work for other people.

On the other side are the Philadelphia Eagles. What I like about Philly is how their fans are very crazy and do all sorts of stunts like driving an ATV up the art museum steps. How fun! I know one Eagles player: Nick Foles. He plays QB but I am like 90% sure that another guy used to play QB for the Eagles earlier this season. I think he got hurt or maybe he’s using his PTO. The Eagles have both an offense and a defense, like the Patriots. I’m not sure if they have special teams because to be honest I have not watched more than five minutes of Eagles football this year and most of that time I was browsing Reddit on my iPad. I don’t know the name of the Eagles coach or whether he is grumpy.

Anyway that’s the rundown on both teams. The line is NE -5 and the over/under is 48. Take the Pats and the under, I say. It’s fun to gamble a bit, but also only in moderation! If you win money you can buy some products from the brands you see advertising during the game. Gotta love brands. Where would we be without them? What’s your favorite brand? Maybe drop us a note in the comments. I really like Brooks, personally. I always buy their shoes!

Our resources can’t support a full Super Bowl preview this year. Instead I give you, by way of sports trivia maestro and fellow Pizza Cave Podcast guest Eastside Paulie, my favorite piece of Super Bowl trivia, which I learned from my dad on a trip to Houston.

SBT! Last one folks and it's a dandy! This one is courtesy of @ALDLANDia . Of the 4 Universities listed below, 3 gave us a U.S. President and a Superbowl winning Quarterback. One DID NOT. Which one DID NOT? Good luck, plz RT answer at 6

Get your vote in before six o’clock today, and enjoy the game on Sunday. 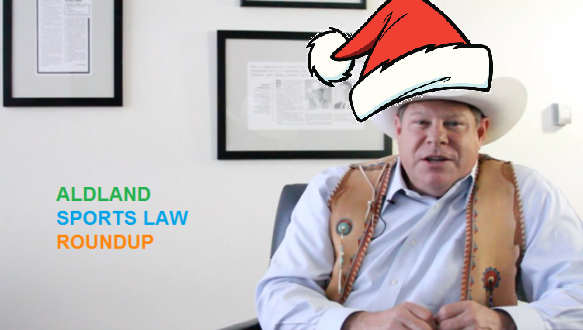 I needed to take a few days off, but I finally am ready to write about what happened on Sunday night. Long story short, things got off to an amazing start, and then I really don’t know what happened.   END_OF_DOCUMENT_TOKEN_TO_BE_REPLACED

Do you know who owns these two Super-Bowl-winning quarterback stat lines?

I’ll give you a hint:   END_OF_DOCUMENT_TOKEN_TO_BE_REPLACED

It’s almost time for the Super Bowl! Kickoff for Big Game Fifty is at 6:30 pm Eastern on Sunday, and, as further explained in my latest post at TechGraphs, you can watch it on your television, for free online, and streaming on certain mobile devices. You also can hear it on conventional and satellite radio. In addition, comedy duo Key & Peele will be running a live, unauthorized commentary stream during the game.

All of the details are in the full post here.