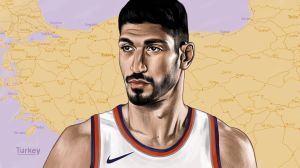 Kanter is many things: New York Knicks center, devout Muslim, star of #NBATwitter, and enemy of the Turkish state. For the moment though, he is like anyone else on this beach—just another person in paradise, awed by all that surrounds him. “This is unbelievable,” he says.

As we walk, staring out at the Pacific in a place that feels something like the edge of the world, Kanter begins talking about other faraway places that he has considered home. At 26 years old, Kanter is no longer connected to his country or his parents, who still live there. His continued criticism of Turkish President Recep Tayyip Erdogan has landed Kanter’s father in jail and made Kanter a target of harassment and social media threats on his life. “I don’t know if he’ll ever be able to go back to Turkey,” says Fetic. “Ever.” He is rootless, building makeshift communities everywhere his life and NBA career takes him.

He finds belonging in unlikely places. A living room in Pennsylvania. A locker room in Oklahoma. The entire state of Kentucky. All have served, at least temporarily, as a refuge, giving Kanter comfort for anywhere between a few hours and a few years before he inevitably goes searching, once again, for someplace else he might call home. … Read More

Our resources can’t support a full Super Bowl preview this year. Instead I give you, by way of sports trivia maestro and fellow Pizza Cave Podcast guest Eastside Paulie, my favorite piece of Super Bowl trivia, which I learned from my dad on a trip to Houston.

SBT! Last one folks and it's a dandy! This one is courtesy of @ALDLANDia . Of the 4 Universities listed below, 3 gave us a U.S. President and a Superbowl winning Quarterback. One DID NOT. Which one DID NOT? Good luck, plz RT answer at 6

Get your vote in before six o’clock today, and enjoy the game on Sunday.

This afternoon, the WSJ reported on a new policy under which AT&T’s DirecTV, the exclusive provider of the NFL Sunday Ticket package that allows viewers to watch out-of-market NFL games otherwise unavailable due to the league’s regressive approach to broadcast rights, will grant user refunds:

DirecTV is allowing at least some customers to cancel subscriptions to its Sunday Ticket package of NFL games and obtain refunds, if they cite players’ national anthem protests as the reason for discontinuing service, customer service representatives said Tuesday.

Under Sunday Ticket’s regular policy, refunds are not to be given once the season is underway. But the representatives said they are making exceptions this season—which began in September—because of the controversy over the protests, in which players kneel or link arms during the national anthem.
…
Mark Hoffman, a longtime subscriber to Sunday Ticket, which gives sports fans the ability to watch every Sunday game, said in an interview he was able to cancel his subscription on Monday. The package costs around $280 per-season.

“I honestly didn’t think I’d get a refund,” Mr. Hoffman said. “I know their guidelines, I just wanted to make a point.” Mr. Hoffman, a former business editor at the Milwaukee Journal Sentinel, said he made his case successfully to a customer service representative after sitting through a recording saying cancellations weren’t an option.

Intrigued, I wondered whether DirecTV would offer refunds to subscribers who want to cancel because of the historic rise in penalty calls that is making this season’s games nearly unwatchable. And what about those who now want to cancel in protest over DirecTV’s policy of providing refunds to subscribers who cancelled to protest the players’ protest? According to DirecTV, all of those options may be on the table: 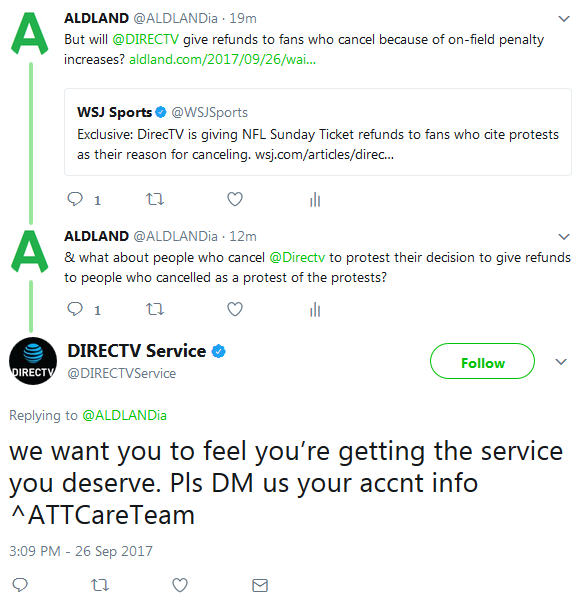 I generally support any policy under which users can receive refunds for sports-broadcast services they’ve already purchased, and the more absurd and tangential the reason for the refund request, the better.

My latest post for Banished to the Pen considers the Tampa Bay Rays, the faithless electors of the vote on the 2016 MLB collective bargaining agreement, and it includes this picture: 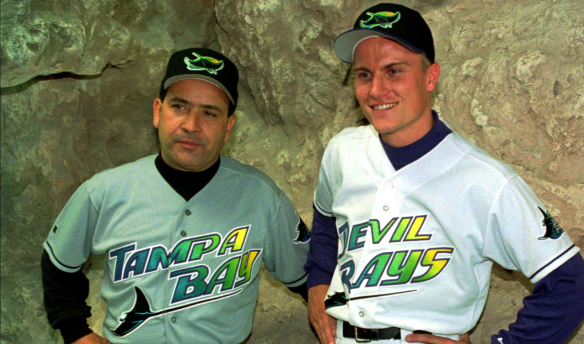 Lots of folks have the worried blues these days, something Paul Butterfield called “the worst old feeling I ever had.” Sometimes the best thing to do when you have the blues is to sing. Sometimes it seems like the only thing you can do. 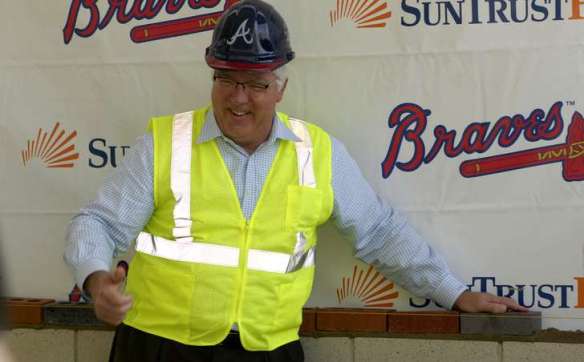 In his role as Cobb County Commission Chairman, Tim Lee probably thought that pushing through an expensive plan to relocate the Atlanta Braves from their downtown home to his northern suburban jurisdiction by skirting public referendum and delivering the pork for large business interests would, in return, lead to his reelection.

Once again, however, Lee has miscalculated. Challenger Mike Boyce, a retired Marine colonel, nearly defeated Lee outright in an election this spring. Boyce only secured forty-nine-percent of the vote, however, which sent him into a runoff election with Lee this summer.

As the Atlanta Journal-Constitution explained last month, “Boyce’s candidacy is drawing on a deep well of resentment over the deal, which was struck in secret without a public vote.”

Last night, that resentment drove Boyce to victory. He toppled Lee by securing sixty-four-percent of the runoff vote.

This won’t reverse the new stadium deal, of course, but it may serve as a warning to other politicians who, in the future, contemplate similar boondoggles.