After a week off for Christmas, we’re back with the top sports-related legal stories from the past week:

It’s an overcast February day at Clemente Park. The late winter thaw has melted the snow revealing the dull, listless grass. A young man in sweats pulls up in a faded black Nissan Sentra and begins to pull some gear out of the back seat. Ernesto Pulido is tall and lean with flowing wavy hair, cut close on the sides and in the beard. He pulls out some ragged pink Nikes and meticulously laces them up. “I really don’t like to change shoes,” he explains. Typical of many athletes, he’s particular about keeping his gear unchanged.

Pulido is here for his solitary training session. He trains for an hour in the morning, and then again in afternoon. But there’s no team, no school, and no job. This not by bad luck or laziness. No, Pulido has made a tough decision to leave his engineering program at Ferris State University to travel to Mexico to accept an invitation from a professional Mexican team, and follow the unlikely dream of a career in professional soccer. … Read More

MLB.TV details are out for 2016, virtual reality at the NFL combine, and Steph Curry’s breaking the computer in my most recent post for TechGraphs, a roundup of the week’s top sports technology stories. 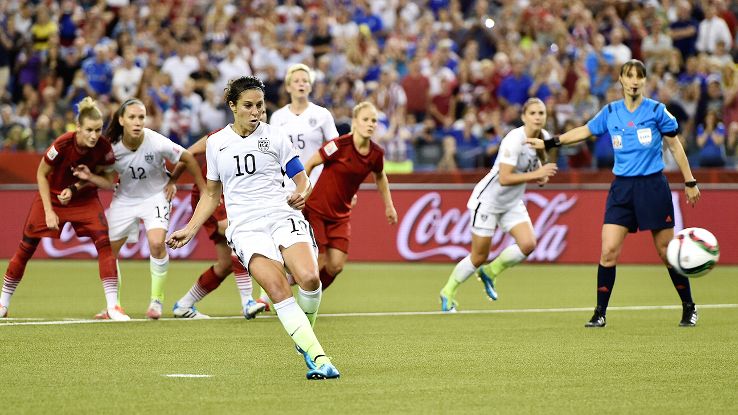 A quiet week around here, and a quiet week in the world of sports technology. Still, I’ve highlighted the least uninteresting sports technology news stories from the past seven days in my latest post at TechGraphs, including updates on hoverboards and the World Cup.

Have you ever thought about Ronaldo and Fred Durst at the same time, or at least in close proximity to one another, thought-wise? Well you’re about to, because the first story on tonight’s ALDLAND Podcast discusses both last year’s Balon d’Or winner as well as the Limp Bizkit frontman. If that doesn’t pique your interest, there is also discussion of an actual sports topic in the form of ALDLAND’s take on the MLB trade deadline.