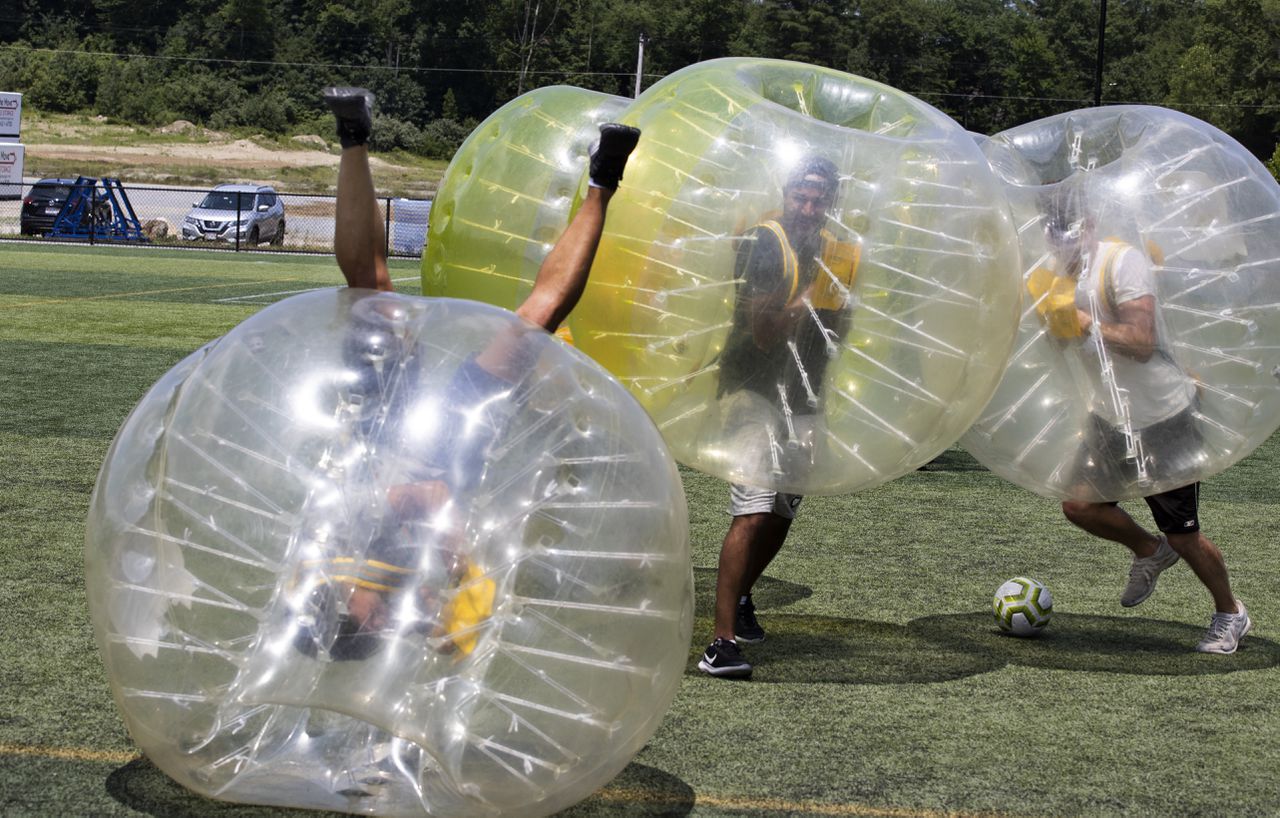 It’s particularly difficult to do so when the teams involved are boring. I wasn’t going to release this list of the most boring professional sports teams before it was ready, but then the list leaked out, so you might as well view it, in its current state, here, presented in descending order of boringness.  END_OF_DOCUMENT_TOKEN_TO_BE_REPLACED The New York Giants (1-6) have seen the writing on the wall and are unloading whatever assets they have in an apparent attempt to reload next year around rookie standout Saquon Barkley.

This morning, New York sent defensive lineman Damon Harrison to Detroit in exchange for a fifth-round pick in next year’s draft. Harrison, who’s nickname is “Snacks,” sounds like a pretty good run-stopper and should have an immediate positive impact on a defense that really has struggled against the run.

In trading for Damon Harrison, the Lions have added the NFL's leader in defensive stops on the defensive interior in each of the past three seasons. pic.twitter.com/Oq3a8t0VpV

The Lions run D (30th overall) has been painful to watch this season. Trading a 5th for a top-shelf NT like Snacks is probably the best single move they could have done to address that. A-gaps are solidifed and LBs will be more free to roam.

The cost for Harrison seems pretty low, especially considering the Lions still will have one fifth-round pick, having previously acquired an extra one in a trade with San Francisco.

The NFC North is the NFL’s most interesting and competitive division, and every team’s still in the mix for a playoff spot. Adding Harrison should go a long way toward helping Detroit to keep pace as they prepare to enter a critical stretch of their schedule in which they’ll face three divisional opponents in four weeks, including two games against the Chicago Bears in an eleven-day span.

Alex Mack got destroyed by a flagpic.twitter.com/0VEa7FkhwX

Something that I had expected might be occurring now seems from the updated numbers like it might, in fact, be occurring, which is that my imperfect flag-rate metric is both (a) continuing to fall and (b) now close to falling out of historic* range. Come look for yourself:

As a season, 2017 now looks quite close to the prior peaks in 2015 and 2014. If things continue as they have this season, 2017 still will be the high-water mark for penalty flags in the NFL, but the week-to-week trend strongly suggests that that is not a reasonable assumption. That trend also lends some support to the idea that abbreviated preseason training leads to worse play early in the regular season.

Obviously it would be interesting to track flag rates for each of these seasons on a chronological weekly basis. A project for the offseason, perhaps. Meanwhile, since the terrible Giants have been in the news recently, an interesting note that only one team (Carolina) has been flagged fewer times than the 2-10 G-Men.

* The NFL Penalty Tracker has data going back to the 2009 season, but I’m pretty confident that we are witnessing the all-time high-water mark.

Here are the top sports-related legal stories from a short holiday week:

Taylor Swift’s influence on this year’s historic World Series is well-recognized. First, she cleared the Chicago Cubs’ path through the National League side of the playoff draw by failing to release a new album in an even year for the first time since 2006, thereby removing the true and powerful source of the San Francisco Giants’ even-year magic. Things wobbled a bit when, on the day of game three of the NLDS (in which the Cubs held a 2-0 series lead over the Giants), Swift announced that her first concert in nearly a year would take place later that month and, some thought, hinted at a new album release that would spirit the Giants to another world championship. San Francisco avoided elimination by beating Chicago that night.

Swift performed her concert, but she ultimately declined to release a new album, thereby halting the Giants’ playoff run and allowing the Cubs to advance to the World Series.

As all baseball fans know from the parable of the angels in the outfield, though, a team’s supernatural helper– be it Christopher Lloyd or T-Swizz– only will carry the team so far. In the World Series, the Cubs faltered again. Their offensive power, which had floated them to a regular-season-best 103 wins, suddenly became scarce in the playoffs, and they quickly found themselves in a 3-1 hole against Cleveland in the final round. Backs against the wall, Chicago would have to win three straight games in order to claim the title. To do that, their first baseman, Anthony Rizzo, would have to start hitting.

At twenty-seven years old, Rizzo qualifies as a wise old veteran on this young Cubs team, and he knew a change was necessary for the Cubs to have a shot at winning the series, so he made one. All year and throughout the playoffs, Rizzo had used Swift’s “Bad Blood” as his walkup music, and it had served him well. With one game left at Wrigley Field, the first of three consecutive must-wins, Rizzo hit shuffle on the jukebox, swapping “Bad Blood” for the Rocky theme. It worked. Rizzo hit a key double and scored a run, and the Cubs won 3-2, sending the series back to Cleveland, where they would win twice more, including a dramatic game-seven victory in extra innings. And it’s all thanks to Taylor Swift.

Almost all of it, anyway. The touring phenomenon that is the band Phish has been making music together since 1983. In the more than thirty years of their existence, they have performed in Chicago numerous times. In fact, prior to this year, they’d played in Chicago twenty-eight times (I’m counting their five appearances in Rosemont), including a 1991 gig at the famous Cubby Bear bar. (For more on that storied venue’s history with music and baseball, enjoy this brief video from 1984.)

Until 2016, though, they never had performed inside the (helping) friendly confines of Wrigley Field. In the 108th year of Chicago’s north-side championship drought, however, Vermont’s finest made their Wrigley Field debut on June 24. We joined them on night two of their two-night Wrigley run, and they were excellent. The second night’s second set, in particular, was sublime.

I don’t recall any explicit baseball references from the band that evening, but the first set offered some clues:

Are there musicians more closely associated with the Chicago Cubs than Taylor Swift and Phish? Probably. Eddie Vedder comes to mind. Michigander and ostensible Detroit Tigers fan Jack White has had his public flirtations. It is clear from the foregoing, however, that no musicians did more to help the Cubs break their various curses and claim a World Series title for the first time in 108 years than Swift and Phish. If Manny Ramirez is getting a World Series ring this year, then so should Taylor, Trey, Jon, Mike, and Page.

Every MLB team is in action beginning at 3:00 this afternoon for the final* day of the 2016 regular season. Before heading down to Turner Field to catch the Tigers and say farewell to baseball in downtown Atlanta, I was a guest on today’s episode of the Banished to the Pen Podcast, in which I rambled about wild card scenarios and made severely underinformed playoff predictions.

* Final as to all except Detroit and Cleveland, which likely will need to play a makeup game tomorrow. 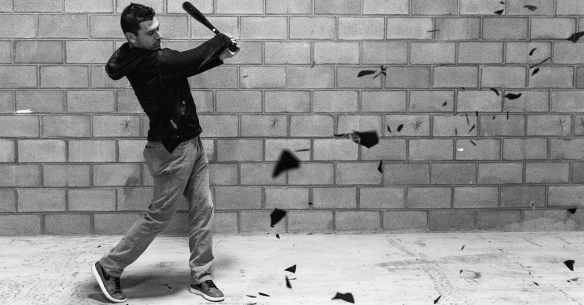 Last night, MLB announced the rosters for the 2016 All-Star Game. Not included: Detroit Tigers second baseman Ian Kinsler. All Kinsler has done since coming to Detroit in the Prince Fielder trade is quietly build what some have called a Hall-of-Fame career.

The last time I wrote about Kinsler, I noticed that, after his rookie season (2006), he had made the All-Star Game in each even-year season and been left out each odd-year season. Basically, Kinsler is the San Francisco Giants of All-Star Games. While Kinsler’s omission from the AL’s initial ASG roster places that streak of sorts at risk, hope for its continuation remains in the form of the “Final Vote,” in which fans now may vote for one of five candidates in each league for the final roster spot on that league’s roster.

That means that anyone reading this, along with the many, many people who are not reading this, can make Kinsler an all star by voting online here or texting “A1” to 89269 on your variable-intelligence mobile telephone. It’s pretty easy, minimally invasive, and needs to be done, if at all, before 4:00 pm on Friday.   END_OF_DOCUMENT_TOKEN_TO_BE_REPLACED