At the same time Argentina hosted the 1978 World Cup, the nation’s dictators were waging their “Dirty War” of repression, kidnappings and torture. As the tournament again draws near, ghastly memories are flooding back. … Read More

(via ESPN The Magazine)

It’s World Cup time, and ALDLAND is here to bring you coverage of the big event down in Brazil (although not live coverage, because our request for travel funds was denied). We talk surprises, not surprises, the United States of America, and how the United States of America is the most awesome country in the world. We also discuss at length how you should be ashamed of yourself if you were born in the US and root for another country over your nation of birth.

Soccer is on the mind of your favorite cohosts as the Champions League Final and World Cup get closer. Jurgen Klinsman’s omission of Landon Donovan from the US World Cup roster is a hot button issue, and ALDLAND can’t miss the chance to weigh in on it. So come for the soccer, and stay for the discussion of Miguel Olivo biting off part of Dodgers’ prospect Alex Guerrero’s ear.

Coaching changes are happening everywhere these days, and by everywhere we mean in Detroit and San Francisco or Oakland or wherever the heck Golden State is. And since they are happening, ALDLAND is going to talk about them. But we haven’t forgot college hoops, as we touch on the biggest story of 2014, coming out of New Haven, CT. Come for the basketball, stay for the soccer, which is also here in this podcast too.

Major League Soccer is expanding, and, thanks in no small part to the city’s planned new stadium, Atlanta will be the home of a new MLS franchise circa 2017.

Soccer fans are an enlightened bunch, nowhere moreso than in Ohio, apparently, where Columbus-based Massive City FFC, a soccer fan entity of some variety, reacted to the expansion news by reminding Atlanta residents that Gen. William T. Sherman, an Ohioan, burned their city to the ground 150 years ago. (Ohio has a lot going for it, you may recall.)

A work friend who has been on top of this soccer news tells me the mascot for Atlanta’s new MLS team is expected to be the Locomotive, given the city’s railroad history. Locomotive isn’t bad, but the Sherman comment made me think of another potential mascot, the Phoenix, which is central to the city’s seal and flag (pictured above) for even more obvious historical reasons. I think it would make a great mascot for any team in this town.

As a name, though, the Atlanta Phoenix carries the slight possibility for confusion, with Phoenix also being the name of another major American city. I’m sure a lot of funny internet people would have a lot of really hilarious and original comments to offer about that name. Rather than steal their thunder by listing all of the joke they could tell, I thought it would be more interesting to come up with potential sports team names in which the mascot is the name of another American city. Here’s what I have so far:

Here are a couple stretches:

This is a fun game. Maybe even more fun than soccer or Ohio. Add your ideas in the comments below. (If you want real soccer talk from Brendan and Marcus, tune in to our latest podcast.)

Playoffs are on the mind of everyone at ALDLAND these days, most notably those of the NHL variety. The ALDLAND Podcast is ready for the most exciting postseason in professional sports, touching on each and every one of the opening round series along with some picks for who is going to be drinking out of the Stanley Cup come June. We don’t forget our friends in Europe however, and devote some time to the UEFA Champions League semifinals as well. So listen in and tweet at us with questions, concerns, and anything else you have to get off your chest.

The ALDLAND Podcast is switching up topics this week, as we get to extensive Olympic coverage, ranging from breakout stars to favorite sports to an unfortunate lack of trash talk between Olympians. The Champions League is also in action and your two favorite cohosts are here to break down the early results and upcoming matchups.

On the ALDLAND podcast this week we surprisingly don’t talk all about college football. We have learned that there are other sports out there, and we are going to talk about them to. Among the topics this week are football of the pro variety, one of the biggest soccer rivalries out there, and the NBA. So many topics, so much enjoyment.

Since I can’t play GTA V 100% of the time, I took some time off to record a podcast with my trusty cohost Marcus. (Token) diversity is the name of the game this time, as Marcus and I talk a little soccer before getting back into college football. So take some time out of your own playthrough of GTA V and give this podcast a listen. 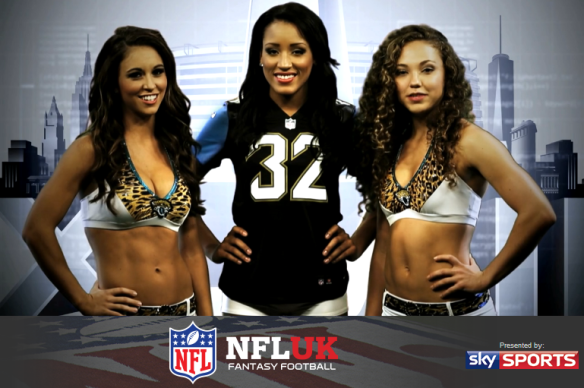 The NFL has not disguised its efforts to develop its brand abroad, and it appears to be moving toward establishing a team in another country. With expansion, which probably would reduce current owners’ revenues, unlikely, the only ready option is to relocate an existing team across the boarder.

The obvious choice is Canada. The Buffalo Bills already have some sort of timeshare arrangement with Toronto, but so long as Roger Goodell remains NFL commissioner, that move will not happen. (Goodell:Bills::Selig:Brewers, sort of.) Mexico doesn’t quite seem to be happening for the NFL either.

Instead, the league has set its eyes on Europe, and London in particular. Even though it abandoned NFL Europe, the league is pressing its product there more than ever, and it’s doing so in a targeted way. The team to go? The Jacksonville Jaguars.

I watched last night’s crime against football on Sky Sports, a British broadcasting operation. During breaks, they were airing commercials for some UK version of fantasy football that featured three Jags cheerleaders and chances to win gear from “your favorite team,” spoken over the image of a Maurice Jones-Drew jersey. (You can view the commercial here.) Jacksonville is playing Atlanta in the NFL’s now-annual game in London, but the commercial doesn’t include any Falcons imagery. It’s all about establishing a long-term connection between European fans and the Jaguars.

The newish Jags owner is on board with that long-term connection– Shad Khan, a native of Pakistan who moved to America at age sixteen and became a billionaire through the automotive-parts industry, called the Jaguars “the home team for London.” Khan also bought a London-based soccer team, Fulham Football this summer, and in Khan’s eyes, that’s no coincidence: “Obviously, there would be some practices, some synergies we’d like to take advantage of [between the Jaguars and Fulham],” he said. Khan also pointed out that the Jaguars will be playing one home game in London at least for the next four seasons.

U.S.-based fans may just now be hearing about the prospect that a team, possibly the Jaguars, could be making a more permanent connection to London, but from the looks of things like the commercial I saw last night and Kahn’s actions, the NFL may have already made a decision.