After a terrible spring of pandemic, the stuck-inside season just past, the summer of 2020 is already looking lost, unrelieved by the small mercies of attending a big league baseball game or visiting a public pool or taking an epic car ride to a distant amusement park. If many of us are left to gaze across the fence at the neighbors, bereft in our own backyards, marooned on our own Maple Streets, it may help to remember that the backyard—and the suburban subdivision, the city block, the local playground—was once a world unto itself, a place of sport and diversion, of tragedy and ingenuity, of derring-do and derring-don’t, of fun and boredom and mortal danger. … Read More

From the Got To Admit It’s Getting Better Department:

Trevor Bauer sits on a folding chair in a drafty warehouse, sipping applesauce from a plastic cup and electrocuting his brain. … Read More

After the Detroit Tigers delivered a lesson in sequencing last night, producing their first in-game lead and first win since trading Justin Verlander and Justin Upton last week (indeed, since JV’s last start for Detroit), Verlander made his first major-league appearance in a non-Tigers uniform when he took the mound for the Astros in Seattle.

Many criticized Houston for declining to make any trades at the non-waiver trade deadline in July. Many more now are praising them for trading for Verlander and are hailing the Astros, once again, as the favorite to represent the American League in the World Series. (Current playoff odds: 100% (BP); 100% (FG); >99% (538, which has them as favored to win each of their remaining games).)

The idea that Houston would be in the hunt this year is not a terribly surprising one. They were in the playoffs in 2015, missed the postseason in 2016 despite winning eighty-four games, and responded this year by opening up a massive lead in their division they’ve never relinquished.

Three years ago, though, when Sports Illustrated declared them the (eventual) winner of the 2017 Word Series, things were different. They won just seventy games that year, fifty-one the year before, and fifty-five in 2012, their first season under highly regarded General Manager Jeff Luhnow. That 2015 playoff berth was the team’s first since 2005, when they represented the National League in a losing World Series effort against the White Sox.

I remember the day I saw that SI cover, probably the magazine’s most memorable in some years. At that time, I didn’t think the prediction was outlandish, having been clued into the significance of the Luhnow hire two years prior and aware of the widely noted Chicago Cubs’ contemporary rebuild under Theo Epstein.

What I also didn’t think at that time, though, was that the Astros’ championship plan might include the acquisition of a veteran star from the team I follow. From Houston’s perspective, the trade makes perfect sense; somehow, though, I never considered I’d be watching them make their run with a player as familiar as Verlander.

I’m still scratching my head too.

With a 13.5-game lead in the AL West in September, Houston is an obvious lock for the playoffs, as those odds cited above indicate. Naturally, their odds to win the World Series also are strong (15.5% (BP); 21.5% (FG); 15% (538)): they’re the favorite according to FanGraphs, while BP and FiveThirtyEight place the Dodgers and Indians slightly higher. To my knowledge, none of these projection systems really account for the addition of Verlander, however (though, as some have pointed out, both the Astros and Verlander have struggled against Cleveland in recent meetings).

Whatever Verlander’s statistical impact on his new team’s championship chances, I know he’ll be a compelling watch in the postseason, even if it looks like he’s wearing a Halloween costume.

Almost fifteen years ago, I attended a public lecture by Frank Deford, who applied his winding wit and signature vocal timbre to the athletic matters of the day: drugs, collegiate sports, and, of course, soccer culture, his great nemesis. At that time, in the fall of 2004, I probably was as far as I have been from the person who would later start a sports-focused website, but I knew well Deford’s voice through his NPR essays, which he began delivering in 1980, and didn’t want to miss the opportunity to meet one of the greats in person. Knowing him only from his radio work, Deford’s striking physical presence, upon seeing him for the first time, immediately both impressed and made exact sense; the vocal and corporeal likely never have been more perfectly combined.

His authority in the field was obvious, but it wasn’t until later that I would discover the source of that authority: his print work, including a trove of articles for Sports Illustrated, where he started after graduating from Princeton in 1962, and, arguably even more influentially, his role as editor-in-chief of The National Sports Daily, the forefather to the more recently revered Grantland. Deford also wrote for Vanity Fair and Newsweek, produced novels and screenplays, and contributed to CNN and HBO’s Real Sports.    END_OF_DOCUMENT_TOKEN_TO_BE_REPLACED 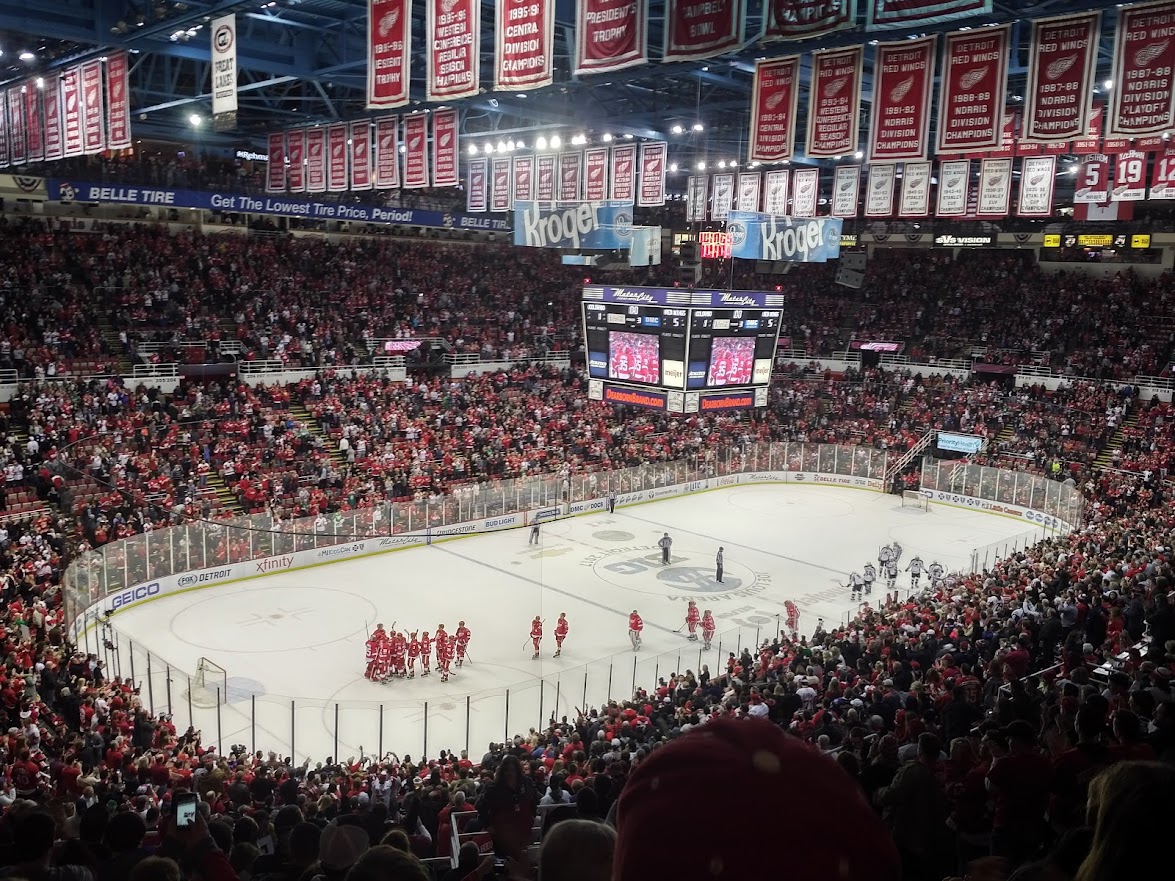 After a week off for Christmas, we’re back with the top sports-related legal stories from the past week:

It is an accepted reality that, in general, baseball players don’t have much time for their sport’s new and advanced statistics and metrics. In many ways, this resistance makes sense. In the moment, when standing on the mound or in the batter’s box, there’s only so much thought and information a player can hold in his mind while trying to accomplish the task– make or avoid contact between bat and ball, for example– at hand. Players, like experts in other fields, also understandably tend to be skeptical of outsiders’ ability to provide baseball analysis or insight superior to their own. This skepticism is fairly well documented, most obviously when it involves changes that might impair or decrease a player’s value or role in the game, and, more surprisingly, even when new statistical revelations work in a player’s favor. (There certainly are some players, like Jake Lamb and Trevor “Drone Finger” Bauer, who have embraced sabermetric thinking, but it’s reasonable to assume they remain in the minority among their colleagues.)

A primary impetus of baseball’s sabermetric movement has been to encourage the abandonment of certain traditional statistics that, while still largely entrenched in the sport, are understood to be incomplete in important ways or much less meaningful than their use might suggest. Batting average, for example, doesn’t include walks. (Cf. On-base percentage.) RBIs require a player’s teammates to reach base ahead of him. ERA depends, to a significant extent, on a pitcher’s defensive teammates and other factors outside a pitcher’s control. (Cf. defensive-independent pitching statistics like FIP and DRA.) Pitcher wins and saves are artificial, highly circumstantial metrics that, at best, indirectly measure pitching talent.

For years, analysts have pushed baseball to rid itself of these traditional performance measures. There’s a comfort in hanging onto the statistical language with which we grew up as we learned and discussed the game, but that comfort should turn cold upon learning the degree to which these familiar stats obscure what’s really happening on the field.

So long as baseball’s current player-compensation structure remains in place, though, players aren’t likely to stop caring about things like saves; after all, that’s how they’re paid:

In the course of discussing whether departures from conventional reliever usage as particularly exhibited in the 2015 and 2016 playoffs are likely to bleed over into upcoming regular season play, FanGraphs’ Craig Edwards explains one reason players are likely to prefer conventional, save-oriented bullpen strategy:

Saves get paid in a big way during arbitration. Only one player without a save, Jared Hughes, received a free-agent-equivalent salary above $6.5 million in arbitration, while all 16 players who’d recorded more than 10 saves received more than Hughes in equivalent salary. Players are more than happy to make more money, so giving more relievers higher salaries and more multi-year deals is openly welcomed. Taking saves away, however, also takes money away from players with less than six years of service time.

Although there are a number of not-uncompelling reasons why players prefer to steer clear of baseball’s newer metrics, Edwards has fingered one of the most forceful. If fans and analysts want to hear players discuss OBP, DRA, and leverage, they ought to channel their persuasive efforts less toward appeals to players’ logical sensibilities (they get it, no doubt) and more toward the education of the MLB salary arbitrators, to whom the players already listen with great attention.