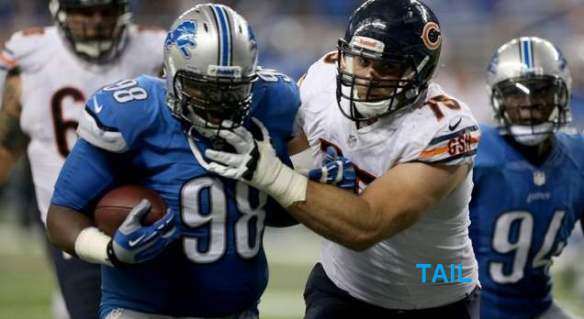 ALDLAND’s weekly football roundup is back following week three of college football and week two of the NFL.

After delaying the supplemental draft to hear ovations from disgraced former Ohio State University quarterback Terrelle Pryor, NFL Commissioner Roger Goodell decided, contrary to the apparent application of NFL rules, that Pryor would be allowed to enter that draft, and, contrary to ready explanation, that Pryor would be suspended for the first five games of the regular season.

That Goodell would allow Pryor into the supplemental draft was not a surprise. Despite a likely inability to make the requisite showing of “changed circumstances,” Pryor was too (in)famous to be left out, and some teams had whispered an interest in him.

What is surprising, though, is the condition Goodell imposed on Pryor’s eligibility: a five game suspension. Indeed, Pryor cannot even practice with the team that drafts him–assuming a team drafts him– until Week 6 of the regular season. Pryor’s high-profile agent, Drew Rosenhaus, appeared to accept the terms of admission graciously: “We accept that voluntarily. It’s a small price to pay for him to have a chance to pursue his dream of playing in the NFL.” Pryor’s attorney was less gracious: “Terrelle is going to [the] NFL because the NCAA mandated that he feed their families but he couldn’t feed his own.”

The five-week suspension just so happens to exactly mirror the suspension Pryor would have faced had he returned to play at Ohio State, assuming he would face no further sanctioning. It’s unlikely that this is a coincidence, since it is a disproportionately heavy punishment when compared with other NFL game suspensions.

The obvious and unanswered question about the conditions of Pryor’s eligibility is, “why?” Goodell’s reputation, as established early and often through his treatment of players like Pacman Jones and Michael Vick, is as a tough, paternalistic disciplinarian. Players who violate league policy or the law can expect to be punished by the NFL under Goodell’s watch.

What was completely unexpected, however, was that Goodell would act to enforce violations of NCAA policy. Pryor has violated no laws, and no policies of the NFL. Why, then, is Goodell punishing him?

The only answer can be that Goodell is punishing Pryor for violating NCAA policies, something that 1) is absolutely beyond his authority, and 2) sets an untenable and inappropriate standard as applied to events in the recent past and the potential near future.

For example, what of Seattle Seahawks head coach Pete Carroll, who fled Los Angeles as his USC program went down in NCAA-sanction flames (to say nothing of Reggie Bush)? What if the new NCAA investigation of the University of Miami finds that current NFL players who played there violated NCAA rules? What if the NCAA’s ongoing investigation of Auburn turns up infractions by Cam Newton, the Carolina Panthers’ new starting quarterback?

Does this new aspect of the Goodell Doctrine, the Pryor Precedent, mean that all NCAA rule breakers who go to the NFL now can expect to face punishment from the professional league as well? And why wasn’t Pryor himself entitled to notice of this new punishment policy?

Finally, it is notable just how transparent a departure the suspension was from anything resembling the norm. After hearing the news of Pryor’s conditional eligibility at lunch yesterday and going to post a 140-character version of this post on Twitter, I found the feed full of links to similar reactions. Even for those on board with Goodell’s “new sheriff in town” approach before this week, I imagine this is a departure too attenuated to justify. What, after all, was Goodell’s motive here?