Now that ALDLAND has been up and running for more than a decade, we’ve amassed a meaty body of sports stories, data, and observations we can mine for memories and reengagement.

And speaking of meaty bodies, eleven years ago today, we brought you the stories of Steve Spurrier, then coaching at South Carolina, who volunteered that he did not want to hire “fat, sloppy guys” as assistant coaches, among other preferences, and Todd Haley, who believed the Kansas City Chiefs still were tapping his cell phone a month after he’d been fired from the head coaching job there. Read more in The sports profession: Where not everybody’s working for the weekend.

Spurrier spent four more seasons in Columbia before resigning in the middle of the 2015 season. His next head-coaching job came in 2019 with the Alliance of American Football’s Orlando Apollos.

Haley next worked as an offensive coordinator for the Pittsburgh Steelers, Cleveland Browns, and Riverview (Sarasota) High School before returning as a head coach for the USFL’s Tampa Bay Bandits and Memphis Showboats.

Continuing the football time traveling, ten years ago today, we already knew the matchups for the NFL playoff conference championships, and the coverage of the NFC’s pairing of Atlanta and San Francisco was anything but imaginative. Read more in Stereotyping the NFC Championship Game.

The Falcons would fall to the 49ers, helping set up the Harbowl.

From postseason to offseason, eight years ago today we brought you the breaking story of Max Scherzer’s departure from the Detroit Tigers and signing with the Washington Nationals for $210 million over seven years. Read more in Mr. Scherzer goes to Washington.

During those seven seasons in Washington, Scherzer was a six-time All-Star, a two-time Cy-Young winner, and a World-Series champion. I, on the other hand, did not win any awards during those seven years for my conclusion at the time of Scherzer’s Nationals deal that “it wouldn’t be prudent to commit the amount of money he’s due to another long-term contract for another player on the old side of thirty.” 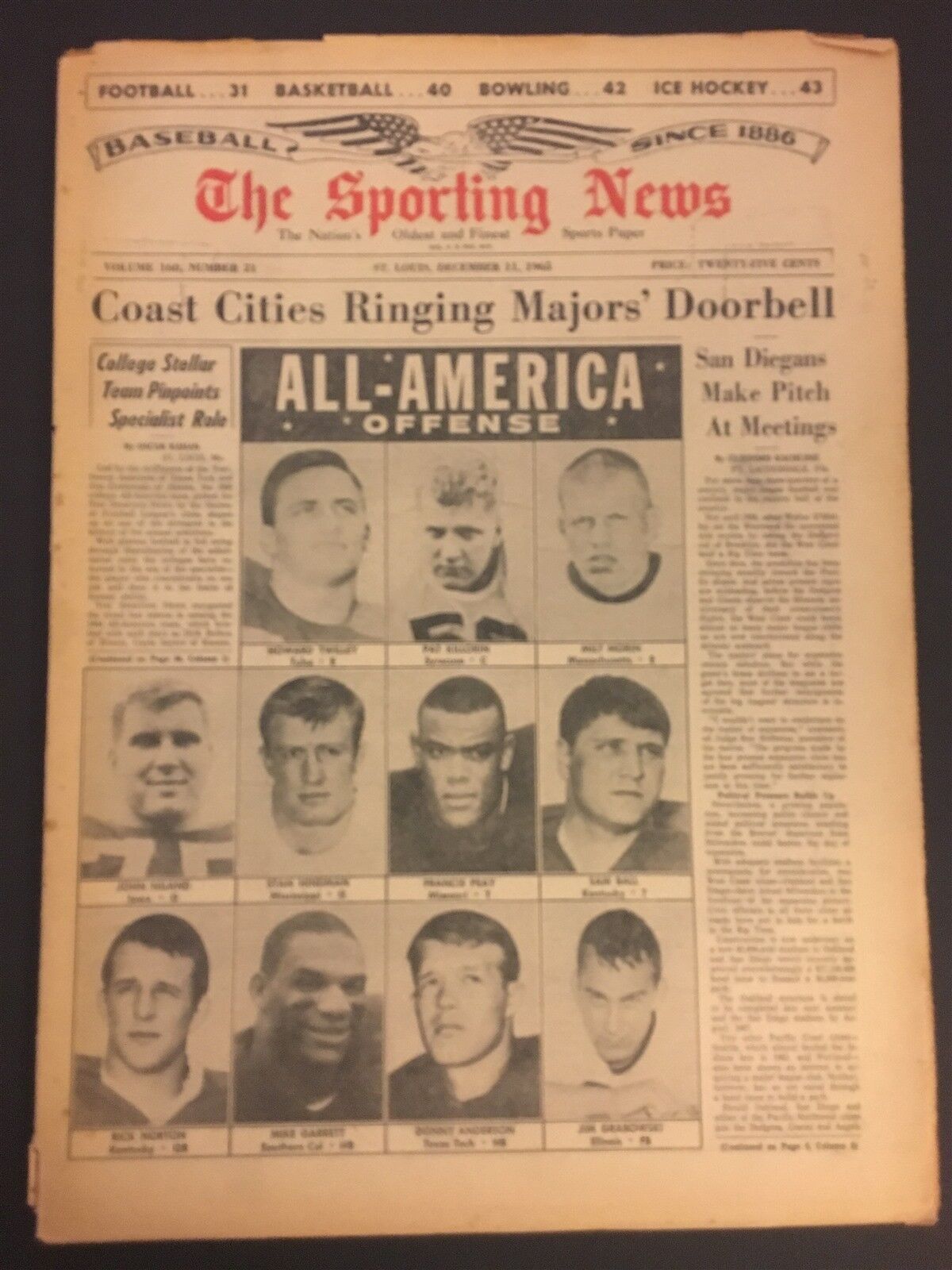 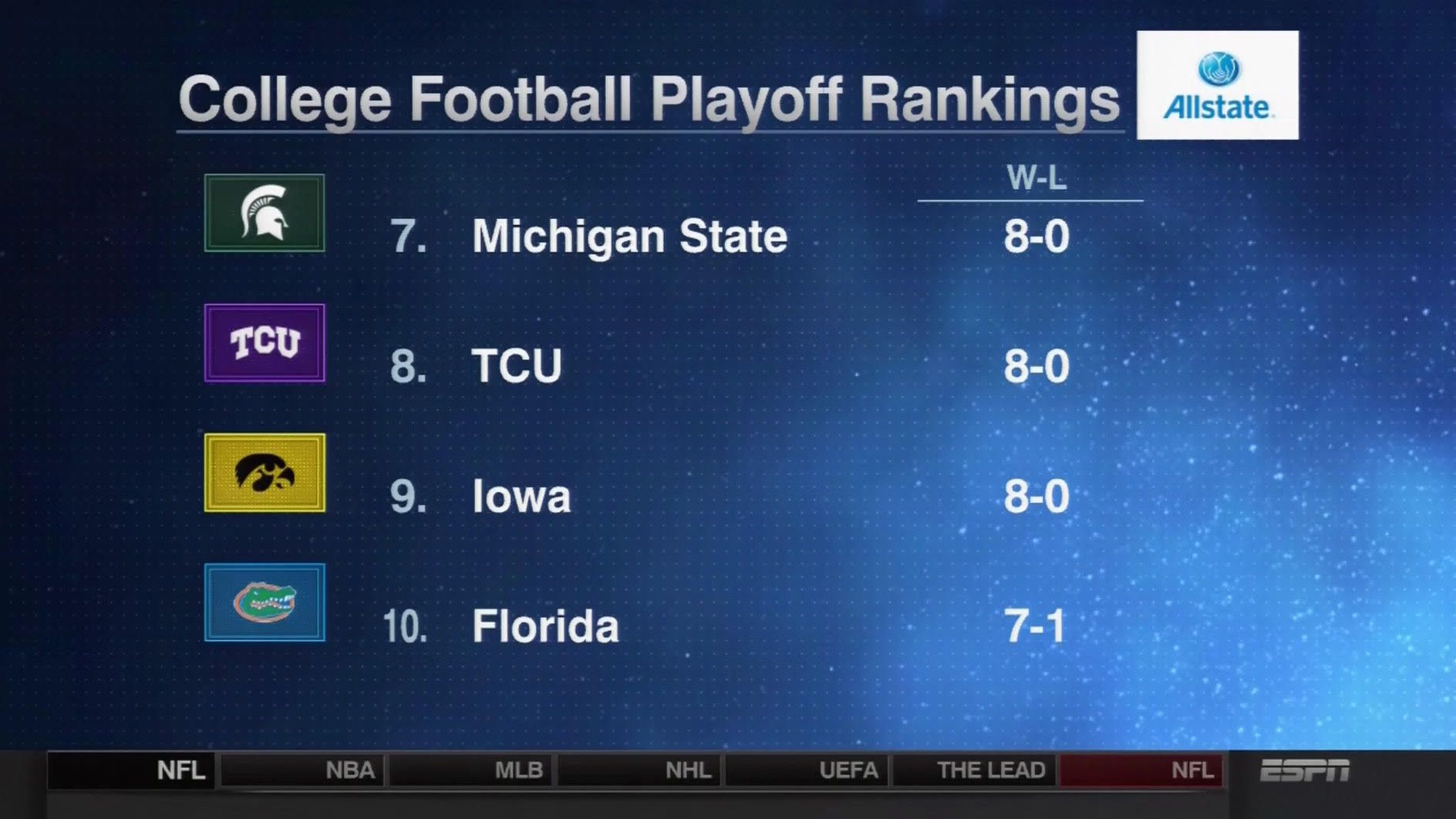 These initial rankings offer plenty to critique about the Committee’s decisions this week and its process in general. END_OF_DOCUMENT_TOKEN_TO_BE_REPLACED

It was a tough week on the health front for a couple folks we keep track of here at ALDLAND. First, Phil Lesh, best known as the bass player for the Grateful Dead, announced that he has bladder cancer. Lesh previously was forced to undergo a liver transplant due to a hepatitis C infection, so word of a new, serious condition was worrisome. The good news is that Phil’s cancer is “non aggressive,” and it sounds like he plans to make a full recovery soon.

Three days later, new Detroit Tigers pitcher Daniel Norris revealed that he’d been battling thyroid cancer this season. Norris’ cancer is malignant, and he will be undergoing treatment in the offseason.

For this week’s Jam, here’s Phil doing his warbly best with the Grateful Dead, twenty years ago in Memphis:

Here’s my favorite Jam of his, followed by his most popular number:

END_OF_DOCUMENT_TOKEN_TO_BE_REPLACED

Last fall, the Memphis Grizzlies were offering free game tickets (and gas cards!) in exchange for guns. Now they’re straight up giving away beer. From the Memphis Business Journal:

The Memphis Grizzlies and A.S. Barboro, the Memphis distributor for MillerCoors, are doing their part to take the edge off of tax season while celebrating the Grizzlies’ upcoming 2013 playoff run.

Beginning at 11 a.m., April 15, the Grizzlies and A.S. Barboro will be giving 300 fans a free 24-ounce Coors Light in the plaza of FedExForum.
…
“We looked at a couple of different days, but we decided we could ease the pain from tax day with some free beer,” [Steve Hegdale, general manager of A.S. Barboro,] said. “We’ll say a few words, check some IDs and give away some free beer.”

Fans can begin arriving around 10 a.m. for an identification check to ensure they’re old enough to drink beer. Once that’s taken care of, fans will receive one of 300 limited edition Memphis Grizzlies 24-ounce cans of Coors Light. The giveaway is limited to one can per person.

“If there are two things in life worth celebrating, it is finishing your taxes and Grizzlies playoff basketball,” Chad Bolen, vice president of corporate partnerships with the Grizzlies, said. “Our friends at A.S. Barboro and Coors Light can help you quench your Grizz-sized thirst with a Memphis Grizzlies commemorative 24 oz. can of Coors Light. We encourage all basketball loving, tax-paying, Grizzlies fans to join us for a cold one.”

What could go wrong?

Related
Memphis to accept guns in exchange for Grizzlies tickets

In news that has no one singing the blues, it was reported yesterday that the City of Memphis, Tennessee has been formally invited to submit a bid to host the 2024 Olympic Games. Rather than evaluate this proposal to make a proposal critically, let’s jump right to the best ideas to emerge from the brainstorming session the Memphis Olympiad planners held yesterday afternoon.

END_OF_DOCUMENT_TOKEN_TO_BE_REPLACED

Grantland’s Zach Lowe is a fairly technical NBA observer, and in his latest league rundown, he twice mentions the Grizzlies and their newest acquisition, Tayshaun Prince.

He first discusses the issue of spacing, a topic that’s come up here and elsewhere in the context of the Prince trade:

Prince is shooting 42 percent from 3-point range, and he’s been especially good from the corners, but the notion that he would help Memphis loosen its spacing just a tick hasn’t played out yet. Prince has been operating a lot in the elbow area, often in a two-man game with Marc Gasol, and when he does spot up, he’s often a step inside the 3-point arc. And while he has shot well from deep, Prince needs time to lock and load, which means he’ll often pump-fake and take a step inside the line against aggressive closeouts. There’s a reason he barely attempts one 3 per game. But let’s give this new Grizz team some time to jell.

He has more to say about Prince and his new team later in the article:

Rudy Gay wasn’t exactly a knock-down 3-point shooter in Memphis, either, and when you watch the new Grizz, you can see how the front office might have envisioned Prince being more polished at all the cuts and screens and quick-decision passes inside the arc through which Memphis has long tried to manufacture spacing. Prince and Gasol have shown potential in a two-man game around the left elbow, and Prince can run a side pick-and-roll in a pinch.

Prince can also post up, with Gasol taking on Greg Monroe’s old role as Prince’s entry passer on the right side of the floor. And here’s a new wrinkle for Memphis: After delivering that entry pass, Gasol will amble across the foul line and to the left side of the floor, as if he’s clearing the right side for Prince to work. Zach Randolph will already be stationed on the left block, Gasol’s apparent destination, but as Gasol gets into the paint, Randolph will suddenly cut right around him, so that the two crisscross in the paint. It works as a kind of (legal) moving screen for Z-Bo, whom Prince can hit in the post for a close-range shot.

Memphis’s assist rate is up since the trade, but they started the season with three weeks of high-assist play that proved a blip.

As a native Michigander, I always will love the 2004-era Pistons, and if one of the members of that team was going to come and join the Grizzlies, I think Prince is the best option in 2013. Any team would love to add a Chauncey Billups or Rasheed Wallace (yes really), of course, but neither of those guys would fill a need for Memphis at this time. On the other side of the coin, Antonio McDyess is retired, Ben Wallace has washed out, and the once-tireless Rip Hamilton seemingly has become tired of being a great teammate.

Prince really is a perfect fit for this Grizz squad. He remains a very viable player in his eleventh year in the league, and he carries a very complimentary set of assets that would benefit any team on both ends of the court. As far as his personality, let’s just say most people are shocked when they remember he went to Kentucky. (Of course, some were somewhat belatedly shocked to learn of his recent transfer to Memphis.)

Barring any off-court distractions, Prince’s presence is going to fit right in and make these Grizzlies fun to watch down the stretch this season.

The best all-purpose defender in the NBA loves to talk trash. But Tony Allen keeps that in his own locker room. He says nothing to the man he’s guarding. Not a word, not whisper, nothing about someone’s momma or girlfriend or even what he thinks about their breath. And yes, Allen is usually close enough to tell if they need an Altoid.

“I save my oxygen,” he explains, “because I don’t want to waste any energy I could be using to play the game.”

You wait for him to flash an I’m-kidding smile or jab an elbow into your ribs. Nothing. He can be quite funny and quirky and always seems to be cutting someone up. But about defense? Serious as a stroke. … Read More

(via Sports on Earth)