Baseball is back for a second straight week as Marcus and I react to the division series in both the American and National Leagues. Elsewhere, Jadaveon Clowney fails to escape the wrath of ALDLAND as we discuss his numerous “injuries”. Finally, picks and predictions for this week in college football. 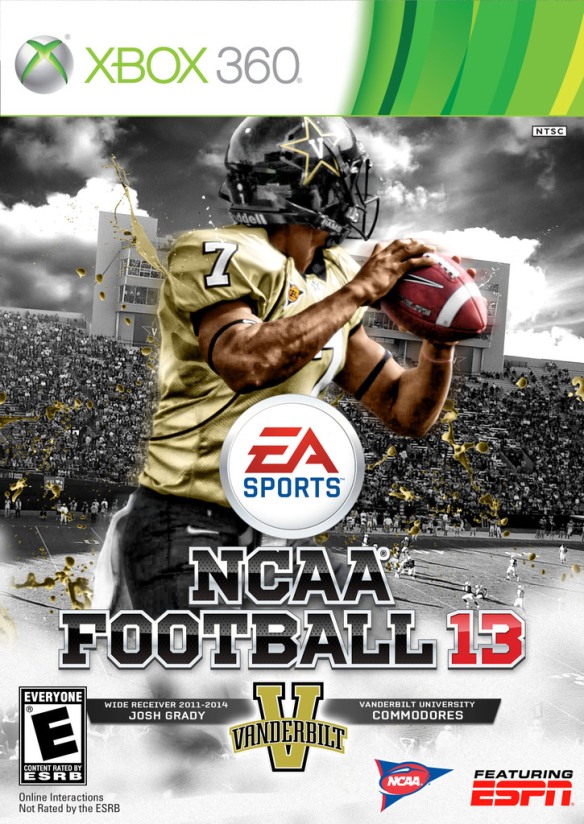 College football starts tonight, when Vanderbilt hosts South Carolina in the first game of the season. With the national spotlight on Nashville, I’ve decided I’m allowed to make this preview collection extremely Commodore-heavy.

There are a number of reasons this game is a great season opener. First, it pits two division rivals against each other. In an era in which teams don’t play non-cupcakes until October to boost their BCS rankings, the value of an in-conference, in-division game to lead off opening day cannot be overstated. Second, that conference just happens to be the Southeastern Conference, the top one in the country. Third, these teams actually are somewhat competitive with each other, at least recently. While the overall series isn’t pretty for the black & gold, the Gamecocks are just 3-2 over the last five meetings, and one of those losses came in Columbia. Fourth, SC coach Steve Spurrier has a history of Vanderbilt hatred, which is showing no signs of cooling off. Fifth, the game should be an excellent showcase for the run game, with the visitors’ Heisman candidate competing against the home team’s RB corps, which is top in the conference. Sixth, SC is ranked #9 in the preseason rankings, which is a high ranking.

I’m on record predicting a Vandy win, but did you really expect anything else? Other games of note this weekend include Boise State at Michigan State on Friday and Alabama and Michigan playing in Dallas on Saturday.

The rest of this 2012 college football preview goes like this:

I realize this is likely the least useful preview aggregation I’ve put forth to date, but our sponsorship agreement with Gongshow Hockey hasn’t come through yet, and the site just doesn’t pay like it used to. Also and far more importantly, this week’s podcast took a very thorough look at the national college football scene, so listen to that on your way home from work, and if you’ve got other links that belong in the collection above, let me know, and I’d be happy to add them.

Investigative journalism of one kind and another gave us a peek behind the curtan of two major athletic operations this week. While most sports fans probably think that working for their favorite team would be a dream job (they certainly like the prospect of owning a part of their team), fans of the Kansas City Chiefs are finding out that Arrowhead Stadium may not be such a healthy work environment. Kent Babb, “sports enterprise writer” for the Kansas City Star, reported on conditions inside GM Scott Pioli’s operation. There isn’t really a quick-hit, money quotation from Babb’s article that neatly sums up the state of the working scene at the Chiefs’ HQ. Rather, like the style of most things I associate with K.C.– ribs and territory blues and jazz big bands– Babb’s piece is a saucy slow-burner, the full effect not realized until the reader is in too deep to escape anything but the conclusion that things really are fairly twisted in that organization. Take it all in to get a good sense of what’s going on behind the closed blinds at Arrowhead. Among other things, you’ll learn that then-unfired head coach Todd Haley genuinely thought that numerous rooms in the building were bugged– and he isn’t alone– and that now-fired former head coach Todd Haley thinks his cell phone still is tapped.

On the other side of the coin, country, and collegiate threshold we have the Old Ball Coach, Steve Spurrier, and his South Carolina Gamecocks. The offseason is here and Spurrier is in the market for some new assistant coaches. Or at least that’s my assumption when he’s answering questions about what he looks for in a new member of his coaching staff. Because I don’t want to pay $10.00 to read the article on GoGamecocks.com and neither do you, we’re going to stick with the author’s teaser tweets, which really give us all we need:

Asked Steve Spurrier criteria for hiring asst. coach. Second on list: "non-smokers" Why? "Because it's stupid. Smoking is stupid."

Sorry no link yet but Spurrier story also details why he likes married coaches more than single ones. You'll like that one, too.

And there used to be three men known as Marcus Lattimore, Steve Spurrier, and Stephen Garcia.

Within the last week or so, though, all that has changed. First, quarterback Garcia, who’d shown flashes of brilliance on and off the field, but not nearly as much of the former as the latter, got himself kicked of the team for failing a drug test.

In their first game without Garcia, young backup Connor Shaw helped lead the team to a gutty two-point victory over Mississippi State last Saturday, but the Gamecocks lost Heisman-caliber running back Lattimore to a season-ending knee injury. For many, this team was the favorite to win a weak SEC East, but without Lattimore, it’s tough to see much success left for SC this season.

And that brings us to the OBC. In seven years in Columbia, Spurrier has a 50-34 record, which stands in marked contrast to his overall NCAA coaching record (186-73-2), to say nothing of his record at Florida (122-27-1). Known as a quarterback specialist (due in no small part to winning a Heisman Trophy himself as a Gator QB), he’s struggled to develop quarterback talent for SC, where he’s given his starters (and some reporters) very short leashes.

But the Ol’ Ball Coach, bowling his headset like a dilapidated yo-yo seemingly with even greater frequency of late, definitely has looked ol'(d). A coach only is as good as his players. With an inexperienced quarterback and without his star running back, things very suddenly are looking very bleak in Columbia.