Cincinnati Reds starting pitcher Trevor Bauer, coming off a 2019 season that saw him carry the heaviest workload– 213 innings pitched for Cleveland and Cincinnati– of his career, currently owns the third-best DRA (1.85) of any pitcher in the majors. His team hasn’t yet lived up to its lofty expectations, though, and it will be at least a few day before they’re allowed another opportunity to improve their record. That’s because one of Bauer’s teammates tested positive for COVID-19 on Friday night.

The Reds are the third team experiencing a positive player test requiring the postponement of games this season, and reports indicate that Commissioner Rob Manfred’s office will make an announcement about their revised schedule on Monday.

In the meantime, Bauer has taken fans inside the player-testing process with a video that shows “another day in this fake MLB season”:  END_OF_DOCUMENT_TOKEN_TO_BE_REPLACED 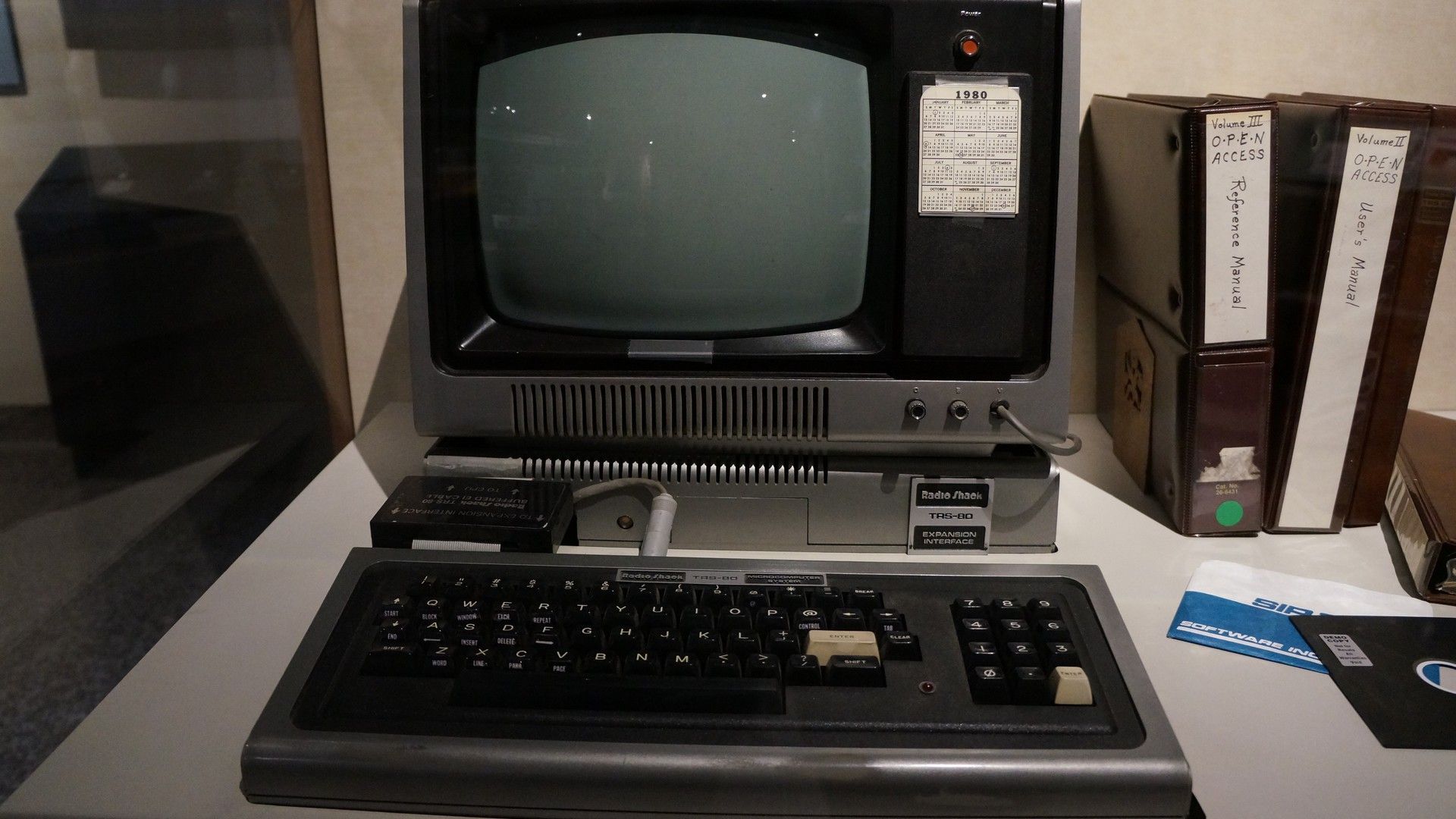 Just four months late, today is MLB’s big opening day for the 2020 season. Before the Detroit Tigers kick off their sixty-game sprint this evening against the Reds in Cincinnati (6:10 pm on MLB Network), we are taking one last look at what the Baseball Prospectus computer projects for the team in this abridged campaign.

BP’s PECOTA system sill sees Detroit finishing fourth in the division, which of course will not be enough for a postseason berth even under the hopefully temporary expanded playoff structure in place for this year, with a 26-34 record. As a sign of the comparatively small scale on which this season will play out, opening-day starter Matthew Boyd, previously projected to contribute 2 WARP, now is down to 0.8 WARP over eleven appearances. The same numbers apply for Jonathan Schoop, expected to be the Tigers’ best hitter. Miguel Cabrera, in the DH role, is looking at a projection of 0.6 WARP, including seven home runs. He only hit twelve in 549 plate appearances last season, so that would be part of a substantial increase in power– and reversal of a recent downward trend— over sixty games.

Back in February, when the idea of a canceled or severely shortened season hadn’t set in, I was pleased to discover PECOTA’s 69-93 record projection, a nice bump over 2019’s basement rap. Now, though, I’m finding it difficult to be very excited about the season at all. I will be watching tonight, of course, and will do my best to keep up with the development of all of Detroit’s exciting young pitching prospects, but, with my negotiations with MLB.tv at a standstill (the ball is in their court, and they know how to reach me), I don’t know how many games I’ll watch. More or fewer than Chris Ilitch? That’s for you to decide. Regardless, same great coverage here at ALDLAND.com all season long/short.

Everybody had a good time with Will Ferrell’s Major League Baseball debut last week, and that’s no surprise. Will Ferrell is funny and good at making people laugh, and, it’s always seemed with him, the bigger the stage, the bigger the laughs. Ferrell started Thursday as an undrafted amateur free agent signee of the Oakland Athletics, and he finished the day as a San Diego Padre. In between, he appeared in games as a member of eight other teams and played every position, including designated hitter (pictured above). He even has his own Baseball-Reference page!

All of this feels like it belongs within Ferrell’s entertaining wheelhouse. Close examination of his B-R page reveals a little surprise, however:

Who knew Cincinnati held Norm’s rights to begin with? Maybe it has something to do with the Marge Schott joke he made on Weekend Update nineteen years ago, forever “preserved” on this broken NBC.com video? Baseball, like Norm, proves to be a continually unfolding mystery of the most enjoyable variety.

It is not difficult to get an interview with Pete Rose. I’m sorry to pull back the curtain on one of sportswriting’s recent tricks, but it’s true. People assume that Rose, one of sports’ all-time controversial figures, must be a tough get, but the sheer volume of articles published in recent years based on one-on-one interviews with Mr. Hustle belie that assumption. I’m reasonably confident ALDLAND could secure a sit-down interview with Rose. He seemingly wants to talk to anybody and everybody– the more he’s in the news, the more likely a public clamor for MLB to reverse course and allow him to stand for a Hall of Fame vote– and I don’t see anything wrong with that. Think what you want about Rose, but Sparky Anderson made his peace with his former player before he died, so you probably should too.

The latest entry into that glut of Rose prose is a book by Sports Illustrated’s Kostya Kennedy, Pete Rose: An American Dilemma. The March 10 issue of the magazine carries an excerpt, available online here. The magazine cover teases a central– and magazine-cover-worthy– quotation: “Rose has been banished for the incalculable damage he might have done to the foundation of the game. Steroid users are reviled for the damage they actually did.”

Again, I like Rose, I think he belongs in baseball, and I think the PED-user analogy can be illustrative. Few people love an illustrative analogy more than me, probably. But here, Kennedy takes the wind out of his own quotation’s sails, and rightly so. We cannot now be sure of the precise effect Rose’s baseball gambling had on his playing and managing. Kennedy is straightforward about this, and, just paragraphs before his money line, he set out in detail how, even if Rose only bet on his Reds, his managing decisions could have been impaired by his collateral financial interest in the outcome of his team’s games. For example, Kennedy suggests that Rose might have utilized his players to achieve short-term results in a way that impaired long-term effectiveness. A baseball season, to say nothing of a baseball career, is a marathon. Kennedy points out that Rose appeared to overuse a lefty reliever, Rob Murphy, in the 1987 and 1988 seasons. Murphy fairly denied the charge to Kennedy, but the writer still put the following tag on this section, which immediately precedes the highlighted quotation above: “There’s no indication, either through game logs or player testimony, that Rose’s betting influenced how he managed. But it could have. speculation, sure. Evidence? Not yet.”

Kennedy seems to miss the point with his “Rose has been banished for the . . .damage he might have done” line, the point he himself just finished making: that Rose’s gambling damaged the game, but we simply don’t yet have the evidence to show exactly how. The same is true of the PED users, for whom evidence has been perhaps the central issue. How many fewer home runs would Barry Bonds have hit had he not used PEDs? (He did use PEDs, right?) How many fewer hits for finger-waving Rafael Palmeiro? How many fewer strikeouts for Roger Clemens? Why pretend like the damage is any more or less obvious for one or the other?

I hope baseball allows Rose back into the game, to stand for election to the Hall of Fame (a privilege Kennedy notes Bonds and Clemens and their lot enjoy). While MLB Commissioner Bud Selig has hinted at some easing of Rose’s ban, this is an all-or-nothing issue. I’m not sure what, if anything, will tip the scales in Rose’s favor, but a false dichotomy like the one Kennedy presents doesn’t help anyone’s cause on this issue.

As noted, last Saturday’s college football games featured a number of games between top-ranked teams. As discussed in this space before, every game generally is going to end with one team on the winning side and one team on the losing side, games being athletic events between two teams. This means that a bunch of ranked teams lost this week, and boy did they.