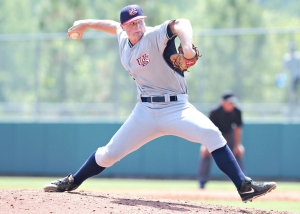 CLARKSVILLE, Tenn.—Cars never drove down the street in front of Forney Abbott’s house.

Born in Houston and raised in 1940s Palestine (No, not the Middle East. Palestine, Texas. Pronounced PaleSTEEN), Abbott’s formative years came before cellphones and Xboxes and color TVs. He didn’t even have a diamond nearby to play on, no chalky foul lines or fertile grass, just the white lines and the hot, black asphalt of a mostly deserted street.

When he was 7, 8 years old, Abbott would take a baseball and march onto that street like he was Joe DiMaggio and it was Yankee Stadium. Instead of throwing from foul pole to foul pole, he’d go light pole to light pole, hurling the ball as far as he could over the power lines that stretched above his head and aiming for the pole 100 yards away.

He did this every day, until one day, a car did drive down the street in front of Forney Abbott’s house. And inside that car were two scouts for Major League Baseball teams, one for the Pirates and one for the Cardinals. Abbott, now 77, doesn’t remember their names—a few too many blows to the head in the boxing matches of his youth sapped him of those memories. But he remembers them stopping their car, on their way to some recruiting mission in nearby Houston or Tyler, and talking to this 7-, 8-year-old kid out on the street and watching him throw. That car would continue to stop, usually once every month or so, and the Pirates scout—who lived in a small town about 15 or 20 miles away—would give the young Abbott pointers. OK, here’s how to throw a baseball.

The scout kept coming by until Abbott was 11 years old. For that, he’s always been thankful. Still, as a teenager, playing for his high school team and summer league teams, Abbott would draw criticism for the way he threw. Other kids would always tell him he was throwing the wrong way. But he knew they were the ones who were wrong. He knew he threw hard. He didn’t have a radar gun to prove it, but he always felt as though God had granted him the ability to throw a baseball with velocity.

Abbott never had the chance to test his arm in the professional ranks. He joined the Army. Served in the Korean War. And when he returned, he moved to Clarksville, Tenn. He turned his attention to coaching kids, just like that Pirates scout once coached him. He felt, again, as though God had given him this gift for a reason. God wanted him to share it.

Over his adult life, Abbott has helped thousands of kids—and some of those kids’ kids. At any time, he could have several 11- or 12-year-olds out in his front yard—instead of in the street like he was—working on drills to strengthen their bodies, arms and minds.

There was one kid, among those thousands, who was different. One kid that no uppercut to the jaw could ever jostle free from his memory.

What do the College World Series, the U.S Open golf tournament, marijuana, and Derek Jeter have in common? All of them appear in my latest post at TechGraphs, a roundup of the week’s top sports technology stories.

Last night might have been the second-best night in Vanderbilt baseball history, surpassed only by the evening nearly one year ago when they won their first national championship. On the fourth birthday of Grantland.com, a sporting internet website named for VU’s second baseball coach, the Commodores completed their super regional sweep of Illinois and secured a spot in the 2015 College World Series.

Soon after the game ended, three Vandy starters– Dansby Swanson, Carson Fulmer, and Walker Buehler– were selected in the first round of the MLB amateur draft, with Swanson as the first overall pick. 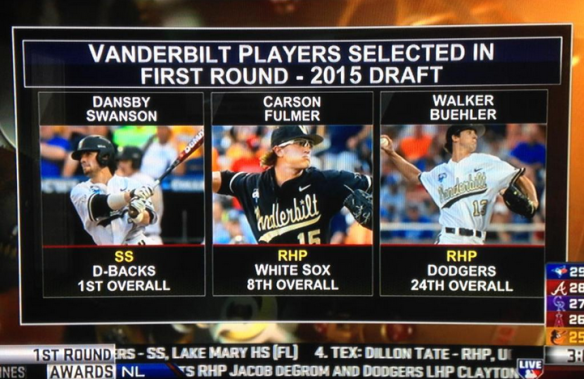 As they make their way to Omaha, here’s hoping this team has a few more good nights left in the tank.

Spring is here, and with it baseball. My latest post at Banished to the Pen previews this afternoon’s spring training game between the Philadelphia Phillies and the University of Tampa Spartans. 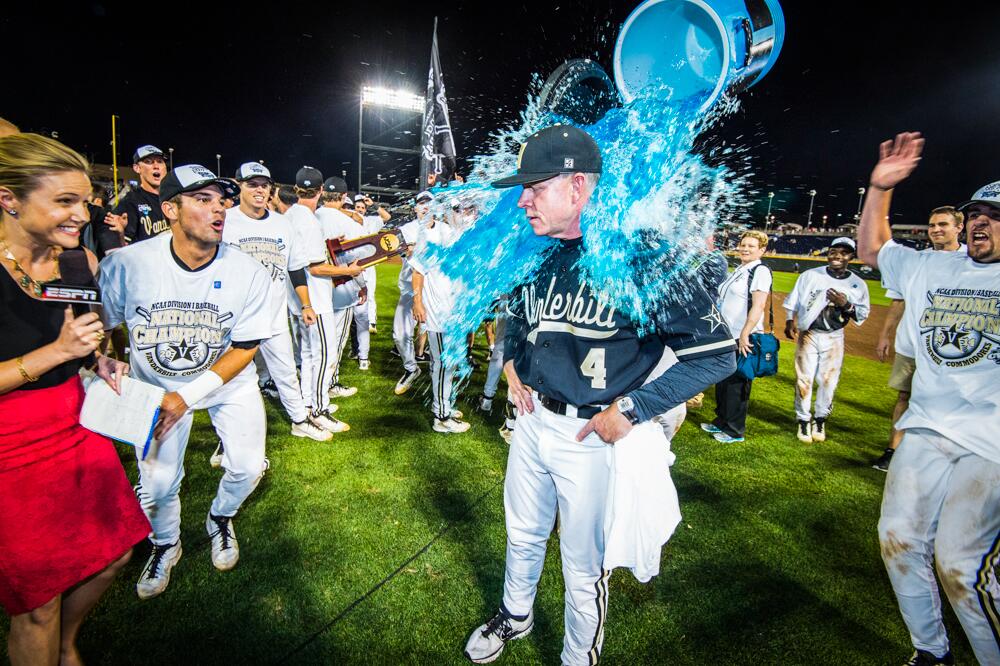 Every college under contract with Nike has been let out of its commitment to use Nike baseball bats during the upcoming season.

Of the top 20 teams in home runs last season, not a single one used Nike bats.

Major schools such as Southern Cal, Miami, Alabama, Georgia and Kentucky all used Nike bats and experienced major drops in offensive production. Home runs were 20 percent lower and slugging percentages 44 percent lower for those teams than for the rest of the NCAA.

The Tuscaloosa News, which led the reporting on this story, notes the Hurricanes hit an average of more than 93 homers a season between 2008 and 2010, but last season with Nike bats they slammed just 33 dingers. That’s a staggering 64.5 percent drop in power.

Nike is not an equipment company. Nike is an apparel company. They’ve done a good job of convincing us that apparel is just as important to athletic performance (and even recruiting) as equipment, but there’s a reason you don’t see players wearing Louisville Slugger dri-fits. It takes a different set of institutional knowledge and skills to make things like baseball bats. END_OF_DOCUMENT_TOKEN_TO_BE_REPLACED