From the Hey, We’re Trying Department:

Here is a top sports-related legal story from the past week:

Just over a week ago, Adam Scott became the first Australian to win the Masters, beating Angel Cabrera in a sudden-death playoff to claim the green jacket.  It’s true that such a playoff in a major golf tournament always is exciting, but the way we arrived at this one– Scott holding steady as numerous golfers faded back to (in Cabrera’s case) or below him on the leaderboard– felt a little anticlimactic. Still, among those leaders, Scott did the best job of holding steady while the course conditions did anything but, and after near-misses on his putts all day, he finally sunk them when he needed to on eighteen and the playoff hole.

A big thanks to guest blogger Luke Watson, who stopped by to lend ALDLAND the benefit of his golf acumen and insight as a guest blogger. (His posts are here and here.) Back at his own site, Hotdogs and Golf, he recently published a very thoughtful post-Masters post that’s worth your time.

While Luke’s collaboration with this site was the big media story of the tournament, another story about a broken golf collaboration has received almost no attention anywhere but these very pages. END_OF_DOCUMENT_TOKEN_TO_BE_REPLACED

The Masters is known for many things but probably the most delectable item is the pimento cheese sandwich.  Now, I’m typically just about hot dogs and golf, but once a year I think it’s important to take a closer look at the snack that’s quickly making its way to parties all across this glorious land.

As a young boy growing up in Texas, I was accustomed to a nearly weekly pimento cheese sandwich. My mother would sometimes make her own version, using velveeta and shredded cheddar. On trips to the coast, we would stop off at the HEB and grab a tub of the good stuff, slather it on some wheat bread and get on down the road. Nothing says vacation in Texas like warm sandwiches, soggy tortilla chips, and a can of Dr. Pepper. But, this blog ain’t about Texas vacations, it’s about golf…

The Masters, apparently, has some mighty fine pimento cheese sandwiches. And, for a dollar fifty, it’s a heckuva deal. Those I’ve talked to tell me that they have a little more oniony kick than your typical southern style PCS, but they’re a great break from the sometimes awful heat and humidity. Coronas are a good option, too. Now, they come pre-made but I don’t think that’s all that awful — you’re there for the golf, not the freshness of the sandwich.

I’ve always said that if Old Crow whiskey is good enough for Ulysses S. Grant, it’s good enough for you. Same goes for pimento cheese. As a matter of fact, my favorite PCS recipe comes from Martha Stewart. It’s the Tabasco that does it. And, if Mrs. Stewart and the members of Augusta National Golf Club are fans, it’s fine for you to be one as well.

I brought some pimento cheese spread to a party a few weeks back. People were skeptical at first, until they tried it. And then they were all over the stuff. Made me proud. It’s definitely going to be a go-to for parties I attend in the future.

On the course, aside from a hotdog, it’s a fantastic choice for a mid-round snack. It’s benefits are many: it’s filling; it’s tasty; it stays together really nicely; and it can be scarfed down quickly.

A little update for those interested in golf and not pimento cheese:

It’s Masters week – the one week a year when I stop bashing Hootie Johnson and the Augusta National Golf Club and just enjoy some smooth guitar and piano while sitting in a comfortable chair in front of a TV. It’s a great week.

Selecting a winner, for me anyways, always seems like a ridiculous thing to do. I used to pick a winner and then, through the whole tournament, be disappointed in my player’s apparent disregard for my feelings. So, a few years ago, I determined to pick a “team” — five guys that I would watch and root for. Life has been better since.

Here is my team:

There you have it. My top five. Who’s missing? 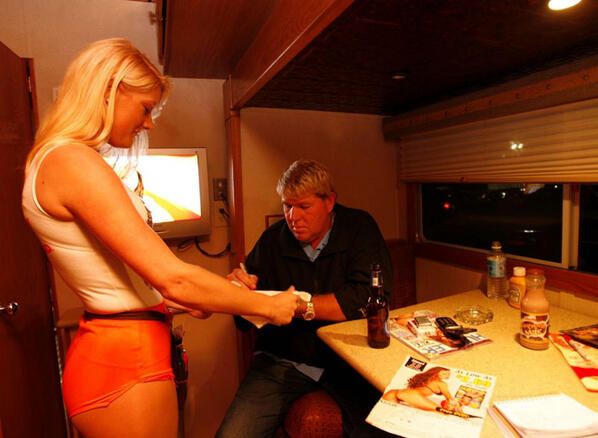 As I’ve written many times, our golf coverage is limited to ancillary matters like hovercrafts, mustaches, Jungle Bird, and the Dukes of Hazzard. With one of the most anticipated iterations of the Masters starting today, though, we thought it would be appropriate to bring in a guest blogger to cover the tournament in earnest.

Starting later this morning, Luke Watson of Hotdogs and Golf will share, from his experienced perspective, his insight on the 2013 Masters. Stay tuned.

The rules of golf coverage on ALDLAND are simple: keep it to things only tangentially related to the miserable game of golf, and feature people like Bubba Watson and Brandt Snedeker in those contexts whenever possible.

Watson is the defending Masters champion, and he’s a Georgia alum who, unlike his alma mater, has never had trouble maintaining his own, unique sense of style, thanks to things like his pink driver and homespun approaches to the game and haircuts.

As the internet discovered today, though, he really has ratcheted it up a notch in the leadup to his Masters defense:

What’s surprising is that this may not even be Watson’s most exciting vehicle.

This evening, Bubba Watson added an Augusta National green jacket to his personal collection, which already includes the General Lee, pictured above.

Watson also owns one of the best shots ever hit, thanks to his effort on the second and final playoff hole, where he spun the ball out of the woods and onto the green, setting himself up for the win: