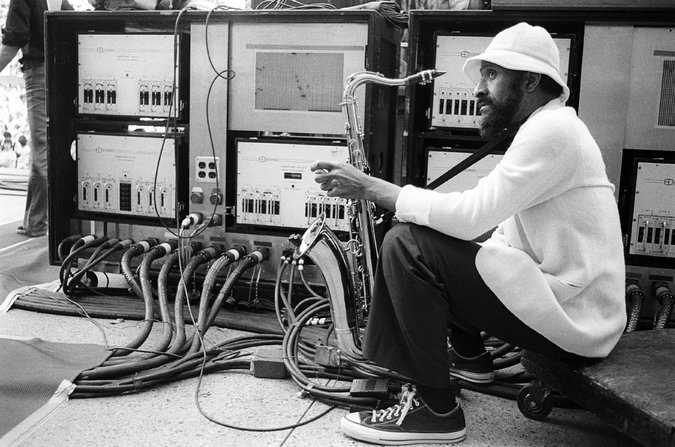 Art Neville, founding member of iconic New Orleans bands The Meters, the Neville Brothers, and The Funky Meters, died this week at the age of eighty-one. Neville was a singer, songwriter, and keyboard player. Dr. John, who shipped on upriver last month, introduces this week’s Jam:

As with the talk radio shows that preceded them, successful podcasts come in two general types: those that draw listeners due to a robust guest list, and those that draw listeners due to the charisma of and chemistry created by the host(s). You tune into the first one because it has Taylor Swift on this week, and you just love Taylor and everything about her. You tune into the second one because you think the host is funny or insightful, and you understand that the format calls for guest interviews but just wish it would get back to the action of the show itself. Marc Maron’s WTF Podcast is the first sort of podcast, and I wish he didn’t have such a good guest list.

Maron is the Larry King of the podcast world. I don’t really mean that as a compliment, although it does attest to a certain accomplishment of volume and recognition of relative status. The comparison arises out of the apparent fact that neither do much preparation prior to interviewing their subjects. Standing alone, it’s at least an academically interesting approach, but, as with many such approaches, it can fall apart under practical application, especially when coupled with proclivity for interrupting the subject. For Maron, the interview organization almost always takes the form of a chronological, biographical framework, and the result often essentially is a guest haltingly reciting his or her Wikipedia page. As a means of introducing a subject to an unfamiliar audience, I suppose one could do worse. The point of podcasts in general, I’d thought, and podcasts like Maron’s, I’d assumed, though, was to do more than that, to go deeper than that. Maybe not. Maybe the point of podcasts is to sell underwear and postage stamps. The point: if you aren’t going to do much prep, let the thing breathe. It’s ok if you don’t quite know what you’re talking about, but it might be better to acknowledge that and let the person who does do the talking.

Don Was has to be one of the coolest guys around. The Detroit native is an instrumentalist, bandleader, movie director, and Grammy-winning producer whose list of credits nearly is as long as it is prestigious. He also serves as the president of Blue Note Records. Was should make an excellent interview subject. Maron’s handling of him revealed little in the way of beneath-the-surface insights, however; the host seemed more intent on having his guest drop as many famous names as possible than delving into interesting stories.

One very small nugget that managed to leak out from the smothering, Chris-Farley-Show-without-the-laughs treatment, though, was an early musical memory Was recalled with some detail, “a really important thing that happened to me when I was about fourteen.” While waiting in the car for his mother, he heard a Joe Henderson song called “Mode For Joe” and described Henderson’s saxophone solo as “howling with anguish through the horn. He was speaking to me. I was stunned to hear this.” (Maron cuts in, confusing “anguish” with “anger,” and things move on from there.)

Because Was seems like the kind of guy who has musical recommendations up on which you actually ought to follow, this week’s Jam is “Mode For Joe,” a Memorial Day weekend offering to the fallen memory of the potential of an engaging Don Was podcast interview:

I’m pretty sure we have yet to feature any jazz in this space, making today’s selection, like that library copy of Bedknob and Broomstick that was missing the final page, criminally overdue. I’m not all-in on jazz saxophonists, but there are a few I like, including Art Pepper, Cannonball Adderly, Branford Marsalis, and Wayne Shorter, the latter two of whom I’ve been fortunate to have seen perform live. (Our own Physguy isn’t half-bad either.)

This Jam is a thick effort from Marsalis:

The summer season has provided inspiration for both popular and classical compositions for centuries. One of the earliest examples, circa 1260, is the English Medieval round “Sumer is Icumen In.” The translation from Middle English shows us that thirteenth century songwriters were motivated by the activities of summer. Sly Stone was similarly inspired in his 1969 hit “Hot Fun in the Summertime,” and a verse from each song seamlessly spans the centuries:
From “Sumer is Icumen In”:
Summer has come in, loudly sing cuckoo
The seed grows and the meadow blooms and the world springs anew
From “Hot Fun in the Summertime”:
Boop boopa boop when I want to, out of school
County fair in the country sun and everything is cool.

Instrumental music has its share of summer songs as well. … Keep Reading

Although we already find ourselves comfortably inside college football’s bowl season, ALDLAND’s coverage admittedly has been on the slim side. With the Outback Bowl, Sugar Bowl, and Liberty Bowl sure to receive increased attention here in the coming days, we’ll continue the ramp-up with this story about the obscure Bacardi Bowl, which on all but one occasion featured a meeting between an American college team and some assemblage of Cuban players:

I think the Bacardi Bowl was a great idea for any number of reasons, many of which, as exexpatriate might say, fall under the category of “whimsy!” When I think of Havana, though, I think of two things. In no particular order, they are a) my first visit to Long Island, when I flew into MacArthur Airport in Islip and declared that, although I’d never been to Cuba, this certainly looked like Havana if I’d ever seen it (to be quite clear, I had not), and b) the Trio of Doom, a (basically) one-off post-bop/avant garde jazz super group– Jaco Pastorius, John McLaughlin, and Tony Williams– who played for twenty-five minutes together at the Havana Jam in 1979, resulting in one album. Video footage of the Havana Jam is scarce, but the following clip, while not featuring the Trio per se (I only can spot Jaco and the Mahavishnu for certain), should give you a sniff of the scene:

In a matter of hours last night, the following events occurred, in sequence, beginning around 8:00 Eastern:

In trying to understand what happened here, citing “basketball reasons” is pretty unhelpful. I suppose it’s preferable to “bocce ball reasons,” but still. Stern ostensibly was acting on behalf of small-market owners, including Cleveland’s Dan Gilbert, who objected to the deal. What he won’t tell you in this conversation, but everyone else knows, is that the league owns the Hornets. END_OF_DOCUMENT_TOKEN_TO_BE_REPLACED