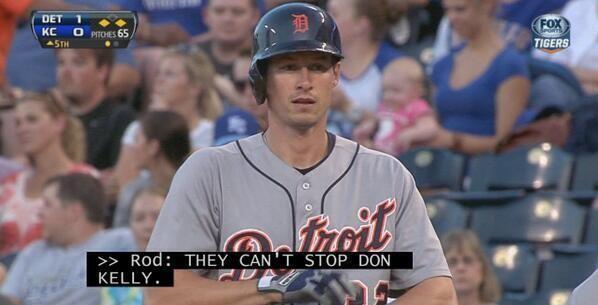 I discovered that home-plate umpire Ramon De Jesus had ejected Shelton for arguing balls and strikes. Yawn. During a pitching change, though, I decided to kill time by watching the clip of the ejection, after which I was wide awake. Could it be that just (depending on how you count) eleven games into this miniature baseball season we already have seen the worst called ball of 2020?  END_OF_DOCUMENT_TOKEN_TO_BE_REPLACED

In exchange for Fister, the Nationals sent Detroit Steve Lombardozzi Jr., a utility player; Ian Krol, a left-handed reliever; and Robbie Ray, a left-handed starting pitcher in the minor leagues. Tigers GM Dave Dombrowski said that Krol “can step right into our bullpen and has the potential to be a No. 1 lefthanded reliever,” and he called Lombardozzi “one of the best utilitymen in baseball.”

It’s tough for me to evaluate this trade, because I’ve never heard of Lombardozzi, Krol, or Ray. I’m far from a league-wide expert on players, but that may be an evaluative statement, however. I know Dombrowski has committed to moving Drew Smyly into a starting role, but I thought it would be Rick Porcello, or perhaps Max Scherzer, who departed to make room for Smyly. The decision to move Fister surprised me, and although I don’t know anything about Lombardozzi, Krol, or Ray, I can’t help feeling like Detroit got too little in return for the very solid Fister.   END_OF_DOCUMENT_TOKEN_TO_BE_REPLACED

The Detroit Tigers clinched first place in the American League Central division this week, and with that, a spot in the playoffs. For a variety of reasons, this season saw an increased role for utility player Don Kelly, and while a proper update on the full team as the playoffs loom remains forthcoming, today’s Jam, performed by the Don Kelley Band at one of my favorite music venues in the world, is a nod to Donnie K.

It has been a tough first half of the season for the Detroit Tigers, who are struggling just to get to .500. I wrote before that the best way to get out of a slump is to invite the Royals to your yard. That sort of worked, but it didn’t really cure any ills in the longer term. After this month, though, I have a new recipe: play the National League.

The Tigers began interleague play on June 8 in Cincinnati, and they won each of their interleague series except for the last one, taking two of three from the Reds, Cubs, Rockies, and Cardinals and avoiding a sweep in Pittsburgh with a game three win against the Pirates, the team with the second-best home record in all of baseball. The Reds, Cardinals, and Pirates are good, and the Cubs and Rockies are quite bad, but Detroit’s performance on a given night seemed to have little correlation to the strength of their opponent. MLB, unlike the NFL or NBA, is a situation in which any team can beat any other team on a given day, but I think this is more a reflection of the Tigers’ internal struggles.

Injuries continue to be an issue, the most troublesome example of which is all-star catcher Alex Avila’s knee and leg problems. Fortunately, Gerald Laird has proven to be a more than serviceable backup, but Jim Leyland consistently and accurately insists he has yet to have his best lineup on the field for any meaningful stretch of games. Utility man Don Kelly also is out as a result of flinging his leg into a barrier at dead-sprint speed.

On the positive side, Doug Fister looks to be healthy and back on the path towards pitching effectiveness. Ditto on the latter for Max Scherzer and Rick Porcello. The shining star continues to be Austin Jackson, who is hitting very well in the lead-off spot while recording zero errors in center field.  END_OF_DOCUMENT_TOKEN_TO_BE_REPLACED

The Detroit Tigers hung on to beat the New York Yankees in a decisive fifth game last night, advancing to the ALCS, which starts Saturday night in Arlington, TX.

I questioned Jim Leyland’s personnel decisions before and during the game, but they turned out to be exactly the right moves. END_OF_DOCUMENT_TOKEN_TO_BE_REPLACED