While “advanced statistics” are well-ensconced in the baseball world, they are still in fairly nascent stages in the faster-paced worlds of hockey and basketball. For two reasons, baseball is particularly well-suited for this so-called “advanced” analysis: 1) play essentially consists of discrete, one-on-one interactions and 2) a season is long enough to permit the accumulation of a statistically significant number of these interactions, from which meaningful trends can be derived. Hockey lacks both of these characteristics. It’s a fluid sport that rarely features isolated, one-on-one interactions, and numbers people say that the amount of compilable events during an NHL season, which is half as long as a MLB season, are too few to allow for statistical normalization. In other words, the sample size is too small.

Lee Panas’ book on advanced baseball statistics, Beyond Batting Average, which I began reading earlier this year, begins with the deceptively helpful reminder that “[w]ins and losses are indeed what matter.” Statistical data helps to understand why teams won or lost and whether and how they might win or lose in the future.

In the hockey world, advanced statistics, in general, aren’t too advanced just yet, at least when compared with the baseball sabermetric world. At present, the central concept is that, because goals– an obvious leading indicator of success (i.e., wins)– are too rare to be statistically useful, advanced hockey statistics orient themselves around possession. Because it is somewhat difficult, from a practical standpoint, to measure time of possession with useful precision, however, the leading metrics, known as Corsi and Fenwick, simply track those things a player and his team can do only when they possess the puck, which essentially amounts to shooting it.

If you prefer an expert with a more conversational style, here’s Grantland’s Sean McIndoe:  END_OF_DOCUMENT_TOKEN_TO_BE_REPLACED 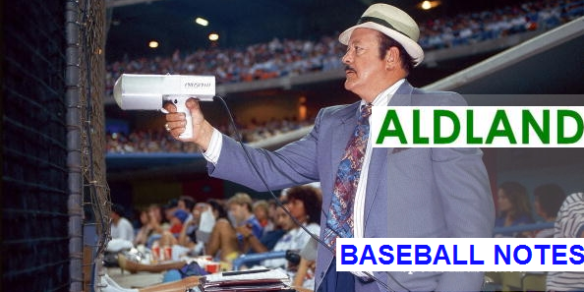 END_OF_DOCUMENT_TOKEN_TO_BE_REPLACED

In exchange for Fister, the Nationals sent Detroit Steve Lombardozzi Jr., a utility player; Ian Krol, a left-handed reliever; and Robbie Ray, a left-handed starting pitcher in the minor leagues. Tigers GM Dave Dombrowski said that Krol “can step right into our bullpen and has the potential to be a No. 1 lefthanded reliever,” and he called Lombardozzi “one of the best utilitymen in baseball.”

It’s tough for me to evaluate this trade, because I’ve never heard of Lombardozzi, Krol, or Ray. I’m far from a league-wide expert on players, but that may be an evaluative statement, however. I know Dombrowski has committed to moving Drew Smyly into a starting role, but I thought it would be Rick Porcello, or perhaps Max Scherzer, who departed to make room for Smyly. The decision to move Fister surprised me, and although I don’t know anything about Lombardozzi, Krol, or Ray, I can’t help feeling like Detroit got too little in return for the very solid Fister.   END_OF_DOCUMENT_TOKEN_TO_BE_REPLACED