The NFC South’s playoff representative probably will finish the regular season with a 6-10 record, unless Carolina defies the odds and makes it in at 6-9-1. And while NFL analysts often are too ready to call a game a “must-win” game (week 4?), with two regular-season games left, the NFC South has gifted everyone a true must-win game, at least for one participant.

If the currently 5-9 Atlanta Falcons want to make it to the playoffs, they simply must beat the Saints in New Orleans on Sunday. 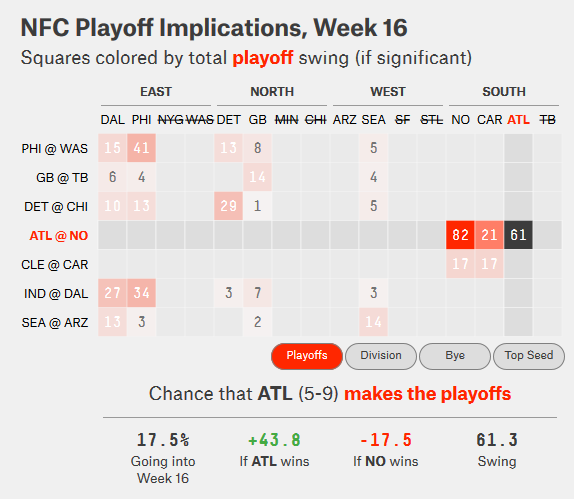 New Orleans is just a win better than Atlanta at this point, but the Falcons beat the Saints in a fun overtime game back in week 1, and the Saints, which are the hosts of this weekend’s rematch, are just 3-4 at home. Of course, the Falcons, which are sort of weirdly 4-0 in the division, are just 2-5 on the road, so who knows. If Atlanta is going to win, as it must to keep its seemingly improbable postseason hopes alive, one has to think that it will need both of its star receivers, Roddy White and Julio Jones, on the field on Sunday. 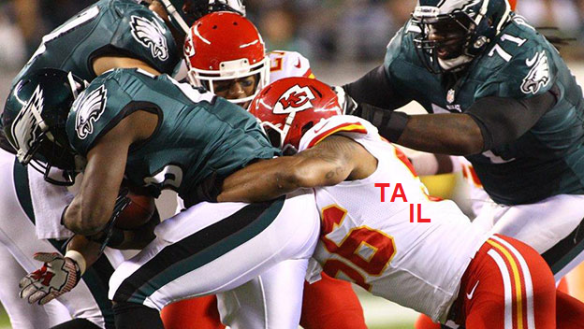 I don’t know why I keep making it sound like this Nebraska-Michigan game is the most massive tilt ever. It should be fun, but still. The game between these two new conference-mates needs a name, like the Corn Bowl, but it isn’t quite deserving of that just yet. Maybe the Toddler Bowl will work for now. (“My extra hatred for you is only semi-rational and based on the fact that, nearly fifteen years ago, we had to share something that I wanted all for myself because I hate sharing!”) This game will capture my attention because I will be there watching it, but in case you aren’t similarly piqued, here are three other things for you to keep track of this weekend: