Toots Hibbert, founding father of reggae music, died this week in Jamaica at the age of seventy-seven. Along with his band, the Maytals, his words, voice, and sound are essential pillars of the genre he named, dubbed “reggay” in his spelling. Hibbert’s longevity and creative prowess are remarkable. With longstanding hits to match the caliber of those of fellow legends Bob Marley and Jimmy Cliff, he continued to create. Notable late-career efforts include 2004’s True Love, a star-studded update to some of the best parts of his catalog, and Got to be Tough, released just two weeks before his passing.

In 1972, the soundtrack to the landmark film, The Harder They Come, with Cliff acting in the starring role, established an enduring, widely distributed touchstone of this music. It includes two Hibbert-penned tracks– “Sweet and Dandy” and “Pressure Drop”– that Cliff sings along with the Maytals. The following year, Toots & co. released the wonderful Funky Kingston, which, in addition to a series of strong originals, presented two very fun covers: “Louie Louie” and “Country Roads.” 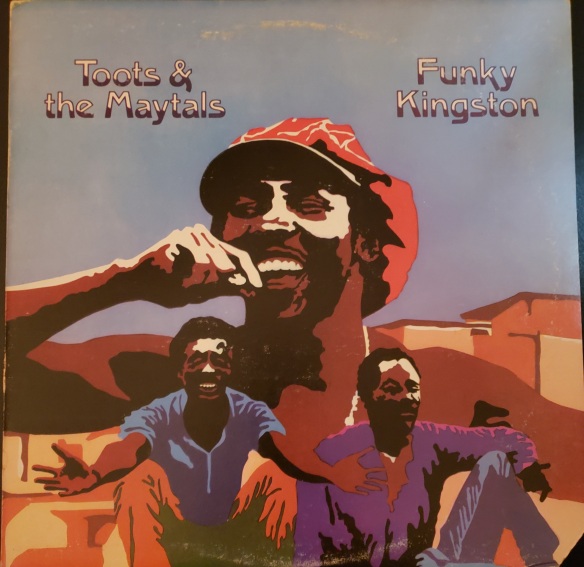 Funky Kingston was maybe the second record I ever bought, and catching a glimpse of its wonderfully colorful cover still instantly transports me to the backyard of the house in which I grew up on a too-rare sunny summer evening in Michigan. To my untrained ears, this group brought a more present, earthier reality with jauntier rhythms than, for example, Marley’s familiar, philosophizing, pontoon-sailboat lilt. In short, Hibbert’s music is authentically irresistible, and it will stand forever as a sonic cornerstone. Do the reggay indeed: