Providence’s God Shammgod likely has an eternal hold on the most deific name in college basketball history, but Murray State’s Isaiah Canaan should at least be able to claim the most Old Testament name of the 2012-2013 season. The above shot probably is the last you’ll see of him this year, though, as his Racers just fell victim to a Belmont comeback in the Ohio Valley Conference championship game.

(Apologies for the poor quality of the above image. I was watching the game almost literally on a web feed from a Pakistani VCR, which is of a quality and nature of which neither I nor the Justice Department are likely to approve.)

Full, exclusive coverage of the “I ♥ the D” Golf Invitational:

Thank you for that. I’m feeling better already.

From the “What Year is It?” file. ESPN reports that a high school baseball team in Arizona forfeited a championship game rather than face a team with a female player:

Instead of playing in a championship baseball game, Paige Sultzbach and her team won’t even make it to the dugout.

A Phoenix school that was scheduled to play the 15-year-old Mesa girl and her male teammates forfeited the game rather than face a female player.

Our Lady of Sorrows bowed out of Thursday night’s game against Mesa Preparatory Academy in the Arizona Charter Athletic Association championship. . . .

Paige, who plays second base at Mesa Prep, had to sit out two previous games against Our Lady of Sorrows out of respect for its beliefs. But having her miss the championship was not an option for Mesa Prep.
…
Officials at Our Lady of Sorrows declined comment. In a written statement Thursday, the school said the decision to forfeit was consistent with a policy prohibiting co-ed sports.

The statement also said the school teaches boys respect by not placing girls in athletic competition, where “proper boundaries can only be respected with difficulty.”

Our Lady of Sorrows is run by the U.S. branch of the Society of Saint Pius X. The group represents conservative, traditional priests who broke from the Catholic Church in the 1980s.

In junior high, Paige played softball and volleyball. Because Mesa Prep does not have a girls softball team, she tried out for the boys baseball team and received support from her coach and her fellow teammates.
…
Both schools play in the seven-team 1A division of the ACAA. Our Lady of Sorrows won the Western Division and Mesa Prep won the Eastern Division with an undefeated season.

Chris Siriano wants to get the hell out of Michigan. Even on a gorgeous fall day in Addison (population 627), with the leaves turning and the sun bright, Siriano—middle-aged, sporting a gray goatee and ball cap—can’t stop dreaming about the beach. “I raised my daughter by myself and everybody knew that when I got the kid to college, they could reach me in the Caribbean by email,” he says. “I’m done with Michigan winters, basically.”

Two barriers stand between the Benton Harbor native and moving south. The first is not unusual: A few years ago, Siriano married the love of his life, a fellow Michigander who didn’t share his interest in fleeing south. The second is more distinct. Since the mid-1990s, Siriano has owned and curated the House of David Museum, a 4,000-square-foot archive that tells the weird, hirsute story of the most popular barnstorming team in baseball history.

To describe the House of David in such forceful terms is warranted. For two decades in the early 20th century, a band of religious eccentrics from Southwest Michigan was one of the biggest draws in sports, selling out ballparks in big cities and small towns across the country. Baseball fans adored their aggressive style of play, vaudeville flair, and flowing beards—House of David players were forbidden to shave because of an obscure rule in the strict doctrine to which they adhered. More than any franchise of its day, the House of David skillfully exploited the American love of spectacle. Siriano, who has spent much of his own energy and money preserving their largely forgotten story, is convinced the fascinating artifacts he has recovered belong in the Wolverine State. … Read More 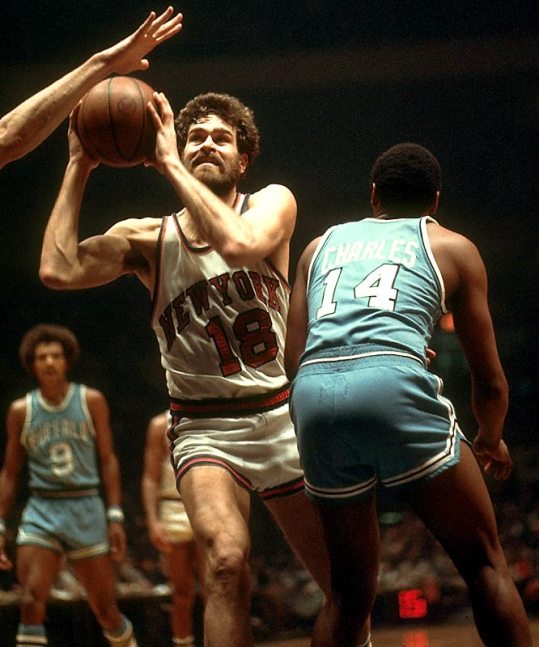 Now that we have a few generations of organized sport under our collective belt, we have more options for assessing the greatness of its participants contextually. While many of the major sports, especially hockey and baseball, have become internationalized through broad player entry, coaching pools remain markedly small. Moreover, many of the coaches are (professionally, and occasionally familially) related to each other. Trace a current head coach’s resume backwards and you’re likely to find that he worked as a coordinator or assistant alongside other current head coaches underneath a prominent head coach of the past generation. Looking prospectively, these relationships often are described as “coaching trees” (click here for a detailed look at some of the NFL’s coaching trees), and, beyond any championships won, seasonal records set, or individual players developed, these coaching trees can represent a coach’s most lasting impact on the game. Some of the most extensive coaching trees read like the first chapter of Matthew (the begattitudes), and these relationships are important not just because a handful of people used to work together and now are running their own teams, but because they represent shared philosophies of coaching– strategy, tactics, personnel management, etc. Sort of like long-gone U.S. presidents can continue to affect public policy through their lasting legacy of federal judicial appointments, athletic strategists can find their schemes in play long after they’re gone, directed by their coaching legacies and operated by modern stars they may never have met. Having a large, relevant coaching tree is a major indicator of coaching success.

Which is why it’s surprising to realize that professional basketball’s greatest coach, Phil Jackson, essentially has no coaching tree whatsoever.

Last month, Grantland’s Chuck Klosterman wrote a piece on Jackson and the Triangle offense that offered little insight on Jackson or the Triangle. It did conclude with the following, however, and while the last sentence frames this partial paragraph as a preemptive obituary for the Triangle, the substance of the quoted portion functions to conscribe the legacy of Jackson himself:

Jackson is widely viewed as arrogant. He engenders jealousy among his rivals (and seems to enjoy doing so). His acolytes are few and far between. Unlike most coaches who’ve had major success, he hasn’t spawned a significant coaching tree of former assistants — his only real tentacles into the league have been recently fired Timberwolves coach Kurt Rambis and ex-Mavs coach Jim Cleamons (currently working in China). Neither ran the Triangle in totality. Jackson’s NBA impact has been massive, but his ongoing influence will be muted. It appears that he will not be remembered as the NBA coach who ran the Triangle best; in all likelihood, he will be remembered as the only NBA coach who ran it at all. If the Triangle truly dies, it dies with him.

The man and the scheme are inextricably connected, of course, and we’re far too close to Jackson to estimate or predict his total legacy and future perception, but at a time when the many of the best coaches are seen either as the grand culmination of an existent coaching tree or, especially, the roots of a new one, Jackson appears rather isolated, which is sort of how we’ve always thought about him anyway.

It is said that the Lord works in mysterious ways, but this summer, He has been stepping out a bit more, seemingly bearing a new cross for those who praise Him. The Almighty has tackled public works projects before– the Great Flood, liberation of his people from bondage in Egypt, urban renewal in cities like Sodom and Gomorrah, descending to Earth in human form, etc.– but this campaign feels different, perhaps because of its apparently limited, if no less public, scope. Mark 2011 as the year the Ancient of Days took on high-profile NFL player contracts.

Yahweh’s first target was in the Arizona desert, where He helped Larry Fitzgerald secure an eight-year, $120 million deal with the Cardinals. After Fitzgerald’s new contract became public, Chris Johnson, holdout running back for the Tennessee Titans, praised the Everlasting Father for His accomplishment: “Congrats to Larry Fitzgerald. God is good.” Indeed.

Luke, the Gospel writer, tells us that there is more rejoicing in Heaven when one sinner repents than there is for ninety-nine other righteous people who need not repent, and so it should come as no surprise that the Wonderful Counselor would take the case of the once-disgraced, now-redeemed Michael Vick (f.k.a. Ron Mexico). Just this week in the City of Brotherly Love, Vick signed what his head coach called “a beautiful contract,” which may or may not be worth $100 million. In response, Vick said, “I want to thank God for the opportunity that I’ve been presented.” And so we can assume he did.

Numerically, if there’s a digit more biblically favored than four or seven, it would have to be three, and so we should expect Elohim to be involved in at least one more blockbuster deal before the season starts next week, and the smart talents are on Johnson himself. Johnson believes the Titans should compensate him on a scale comparable to the highest-paid players in the league, and not merely as the highest-paid at his position as the team has offered to do. On Wednesday, Johnson said, “I like to thank everyone who have me in their prayers thru my situation, it’s much needed.” It just might be.

Can the Holy Spirit reach this man on behalf of Chris Johnson?

NASCAR’s second-tier circuit, the Nationwide (nee Busch, which made a lot more sense) Series, rolled through Middle Tennessee on July 23, but not before this pre-race prayer: