Even if it doesn’t pack as much action as baseball, or even tennis, there’s no denying that football is America’s de facto national pastime. Many point to the game’s amenability to television as the main reason for its ascension to this position, while some look to the work of labor leaders like Gene Upshaw, who led the charge for free agency, ultimately introducing a new era of NFL riches.

Those two factors undoubtedly contributed to the NFL’s rise in popularity, but I don’t think they explain why the NFL is as extremely popular as it is today, when every sport receives tailored television treatment, and the power balance between players and ownership across all major sports is far more even than it probably ever has been. If you step back far enough, football’s not much different than any of the other major sports. How does this otherwise undifferentiated product stay on top?

More than ever before, we’re living in an attention economy. Availability no longer determines value, because, as a result of the proliferation of communication technology, everything is equally available. When sports (and other broadcasted entertainment) are equally available and are available in such a volume that they cannot all be consumed, people must make decisions about which sports components they will follow and which ones the will not. Economics is about the allocation of limited resources, and in the market for sports entertainment, the only limited resource is our attention.

Why does the NFL grab more of the attention of more people than any other sport? Scarcity. Between the NFL, MLB, NBA, and NHL, no professional sports league plays fewer games than the NFL. Moreover, those games are scheduled such that, with minimal deviation, they all are played on the same day. Intentional scarcity makes NFL games both manageably consumable in the attention economy and appointment viewing. Scarcity flips the cost script: having a small number of games and coordinating them on a once-weekly basis means the cost of paying attention to them is low, and because missing one Sunday’s slate of games means missing a significant proportion of the season, not to mention being out of the conversational loop for a full week, the cost of not paying attention is high.

Intentional scarcity might seem like a counterintuitive strategy for boosting a product’s popularity, and the supplier’s revenues, but in a flooded market of generally undifferentiated products, it can be a very successful strategy for generating consumer demand.

The bourbon market has all the essential elements of the sports entertainment market that make it susceptible to the successful pursuit of the intentional scarcity strategy: generally speaking, it is contained of undifferentiated products– competing in the bourbon market is similar to competing in NASCAR– that are present in such great volume that it is practically impossible to consume all of them, at least on a regular basis. The most famous exemplar of the scarcity approach is the Old Rip Van Winkle Distillery, but it certainly is not the only one.

Intentional scarcity can be a viable strategy for competing in a flooded market of generally undifferentiated products. Regardless of whether the NFL is intentionally engaging in this strategy, the approach is an important contributor to the league’s station atop the sporting world. 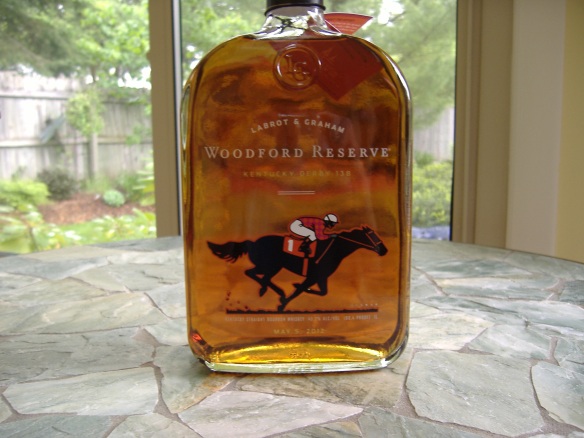 As usual, I swore at the beginning of the football season that I wouldn’t travel to The Game Formerly Known As The World’s Largest Outdoor Cocktail Party (“TGFKATWLOCP”). The many reasons for my apathy about this game included: recently Georgia has refused to put up much of a fight, Jacksonville is so overrated, coordinating getting to the game is always a royal pain, and the stadium, while neat to look at when its split blue and red 50/50, doesn’t provide anywhere near the joy of being in The Swamp. Et cetera.

But just like in years past, here we are about 24 hours to kick-off, and my willpower has faded. So I’ll be leaving in a couple hours for TGFKATWLOCP, and I’m actually pretty excited about it. We’re allegedly including a bourbon fountain in our tailgate this year, which is the good kind of bad idea that makes you scared for your life, and more importantly, your bar license. It’s a bright spot on a weekend that otherwise features grown men dressing like vampires, or drag queens, or the ultimate: vampire drag queens.

One other bright spot is that The Black Keys (Dan Auerbach – vocals/guitar and Patrick Carney – drums) dropped their first single from forthcoming album, El Camino (the cover of which inexplicably [to me] has a photo of a 90s vintage minivan on it). The new song, Lonely Boy, already has a funny video up on their Youtube channel. While you’re there, check out the videos for Tighten Up and Howlin for You. They’ll all make you laugh.

This new album was recorded at Dan’s new studio in Music City, USA. In the past, they’ve recorded all over the place, including Pat’s basement, an old rubber factory (for an album titled…wait for it…Rubber Factory), and Muscle Shoals Sound Studios (founded by a group that defected from FAME, including David Hood, father of Drive By Truckers front man Patterson Hood). AD tells me their experience recording in Alabama was suboptimal, which is sad to hear. All the same, they’ve put out consistently strong bluesy rock over a series of records, no small feat for a couple of white dudes in a power duo. Though to be fair, if a white dude is trying to sing the blues with any kind of authenticity, coming of age in post-industrial Ohio can’t hurt. If the new single is any indication, they’re close to the mark again.