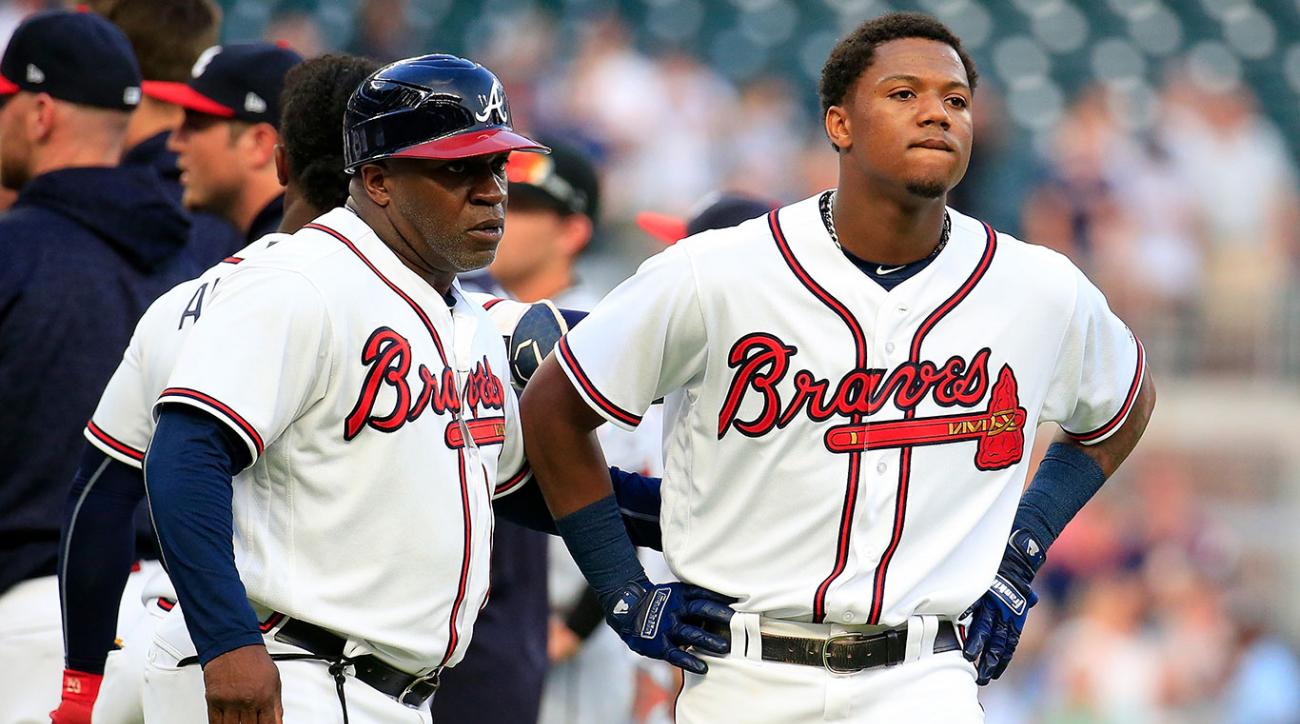 Atlanta Braves rookie outfielder Ronald Acuña, Jr. has been on a tear. Entering last night’s game against the floundering Fish, he had just become the youngest player (since at least 1920) to homer in four straight games, joining Miguel Cabrera as the only two twenty-year-olds to accomplish the feat. He leads all rookies in slugging percentage. He’s amazing, and he’s a big part of the reason why the Braves have reclaimed first place in the NL East.

The Miami Marlins stink. Their new ownership group, led by Derek Jeter, has spent its inaugural year at the helm casting off virtually every remotely valuable member of the team, which has a .390 winning percentage in 2018 and is unlikely to compete in any respect for years to come. I didn’t call the Marlins franchise a tax shelter, but somebody else might.

The Marlins pitching staff isn’t really getting anybody out, as a -180 run differential somewhat suggests. Only the Orioles and Blue Jays have been worse in that regard, and they spend a lot of time in the AL East getting beaten up by the Red Sox and Yankees juggernauts. If you care about ERA, the Marlins have the worst such mark (4.85) in the National League.

Acuña has enjoyed an extreme degree of success, even by his standards, against Miami: .339/.433/.714 (201 wRC+). They just can’t get him out, at least as the rules of baseball define that term, especially lately. In the first three games of the four-game series with the Marlins that ended last night, Acuña reached base ten times in fifteen plate appearances, which included four home runs and a double.

The Braves’ half of the first inning last night began like this:

Jose Urena drills Ronald Acuna with a 97mph fastball on the first pitch of the game pic.twitter.com/5cs5u07gV1

I’ve watched Jose Ureña’s first pitch from last night, which came in at about ninety-seven miles per hour, as well as his subsequent reaction to his pitched ball hitting Acuña on the arm, about a dozen times. There is no doubt in my mind that Ureña took the mound last night with the intent to hit Acuña with his first pitch and did what he intended to do. The umpiring crew apparently agreed and ejected Ureña after that first pitch.

For those unfamiliar with Ureña, a collection of humans that, prior to roughly twenty-four hours ago included very nearly the entirety of the human species, he is a twenty-three-year-old pitcher who has spent all four years of his major-league career with the Marlins, mostly as a starter. Among regular starters, Ureña has been one of the harder throwers in 2018, but there’s little else remarkable about him. The current season has been the best of his career so far (1.7 WARP to date), and there’s a not-unreasonable argument that he ought to be done for the season.

This evening, MLB Commissioner Rob Manfred decided to suspend Ureña for six games and fine him an undisclosed amount of money. Suspensions for this sort of thing often are of the five-game variety. For starting pitchers, five-game suspensions really are one-game suspensions, because most starting pitchers only pitch once every five games. It’s a bit of a charade by the Commissioner’s office.

Manfred has not released an explanation of his somewhat unusual decision to push Ureña’s suspension to six games, but it’s reasonable to assume that he wanted to appear tougher to avoid the usual critiques of the standard five-game suspension. It’s readily obvious, of course, that, for starting pitchers, a six-game suspension suffers from almost precisely the same practical defect that attends a five-game suspension. Indeed, as reporters immediately noted, it’s a very real possibility that Ureña won’t even miss his next start.

This isn’t the first time Manfred has acted in a way he knows is purely symbolic and entirely without practical consequence. It’s becoming a bad habit of his, made all the more frustrating by the ready availability of effective alternatives. Here, if Manfred really wanted to communicate a message to players that he will not tolerate intentional, unsportsmanlike behavior like that Ureña exhibited last night, he could have done any of the following:

Instead, all that’s likely to happen is that Ureña will take an extra day or two off before making his next start roughly as scheduled.

(One factor the foregoing does not consider is whether and, if so, how the collective bargaining agreement constrains Manfred’s ability to fashion player punishments.)

The good news is that the medical tests on Acuña yielded positive results and the rookie is back in the starting lineup tonight. As of this writing, he already has one hit and a stolen base.