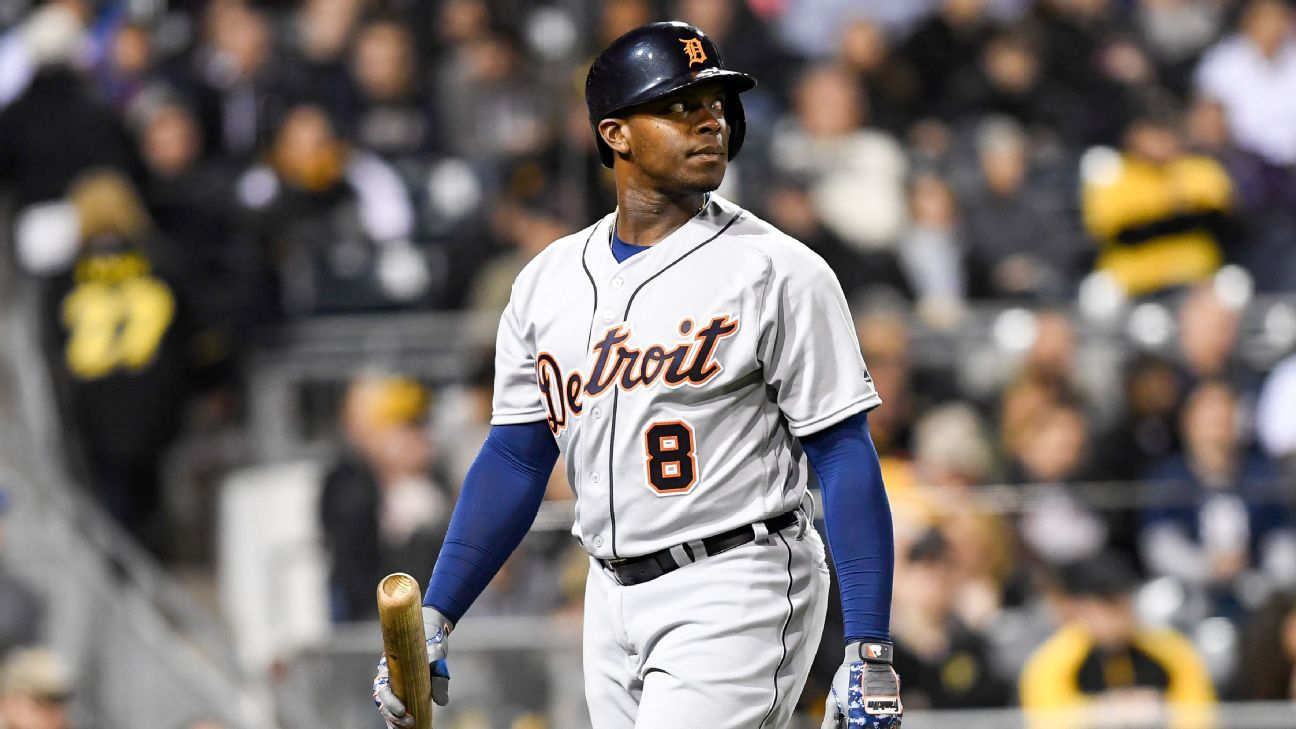 “The Upton Myth” has nothing to do with the delayed Upton-Verlander nuptials and everything to do with Verlander’s teammate of no known relation to his fiancee, Justin. To hear fans tell it, the Detroit Tigers left fielder’s two-year tenure in Detroit has not been a happy one. Many of them want Upton to opt out of his $22.125 million annual contract after the current season but believe he’s been too bad since becoming a Tiger to make that a realistic possibility.

The critical Upton narrative is confounding for the reasons many external narratives about people confound: it originates in an established truth that’s treated as a surprise and subsequently serves to obscure the truth moving forward. For Upton, the established truth was that he struck out at a high rate. When he arrived in the Motor City, some seemed surprised that he continued to strike out at a high rate, pegged him as an overpaid failure, and haven’t looked back.

First impressions are powerful and sticky, so when Upton had a very poor start to his first season in Detroit last year, many gave up on him, ignoring signs that the outfielder– who was adjusting to the American League after nine years on the senior circuit– had returned to form by August but was hamstrung by bad luck. Then there was that validating September explosion– Upton hit thirteen home runs, slashed .292/.382/.750, and posted a 196 wRC+, basically Babe Ruth’s career line, nearly propelling the fading Tigers to the postseason all by himself– that somehow was forgotten amidst the sudden excitement of a playoff push and a disappointing finish in Atlanta. The thought that, with Upton, the Tigers didn’t get what they wanted in 2016 seems a bit off. There was an extended bad stretch, to be sure, but Upton’s always been a streaky, high strikeout, high home run guy, and that’s who he was in 2016, tying a career-best mark by finishing with thirty-one homers.

The current season, already an unequivocal, strong bounceback from last year’s harsh dip, has seen Upton achieve a quiet consistency that has him on track for what could be the second or third-best season of his eleven-year career.

Still, the Upton Myth persists. Nevermind that his 26.2% strikeout rate (current MLB average strikeout rate: 21.6%) remains in line with career norms and recently dipped as low as it has in years:

Tigers fans still blow their tops whenever Upton strikes out, though (and even considering that reducing his strikeout percentage– something he probably could do if he chose– likely wouldn’t alter Upton’s overall production profile). Why does the anti-Upton rhetoric remain?

There’s a kernel of truth at the heart of the Upton Myth, as it turns out. Even though his strikeout rate isn’t extreme and he’s been the team’s biggest positive contributor this season, fans still have reason to get down on Upton not because of the overall frequency of his strikeouts, but because of their in-game timing. Upton leads the team in inning-ending strikeouts, those deflating, rally killing, #TTBDNS-inducing strikeouts that have a way of sticking in observers’ minds. Among the 200 MLB hitters with at least 100 two-out plate appearances in 2017, Upton is tied for eighteenth in total strikeouts in that situation, and a majority of the guys in front of him on that list have higher strikeout rates, often significantly so. Whether it’s his position in the batting order or some other unfortunate sequencing circumstance, Upton’s strikeout propensity seems even worse because of when those strikeouts occur.

Somewhere between the myth and the math sits the man, and while Upton has to be upset whenever he strikes out to end his team’s offensive half of an inning, he also must be pleased with his overall level of performance this year. He likely is less worried about matters of sequencing that largely are outside of his control and more concerned about whether to exercise his player option at the end of the season. Upton’s current 135 wRC+ places him second among everyday (minimum 300 plate appearances) left fielders, but there’s evidence– the recent trade of his former teammate J.D. Martinez, for example– that the present market for corner outfielders is not particularly robust. Upton’s done well by himself and for his team in rebounding from last season’s inconsistencies. One suspects that he hasn’t done well enough to command a contract in excess of the four years and $88.5 million remaining on his current contract on the open market should he decline to exercise his option, however. His skill set, while due great appreciation on this Tigers lineup, simply is not that unique across the sport.

Thanks to my Banished to the Pen colleague, Rob Mains, for research assistance.