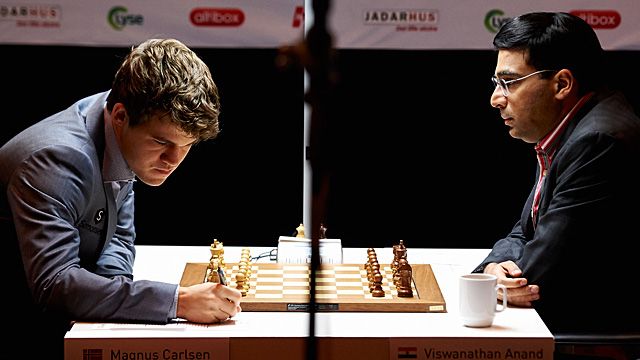 It’s time to get prepped for your new November obsession: the FIDE World Chess Championship finals between Magnus Carlsen and Viswanathan Anand. This is the most hotly anticipated chess match since Garry Kasparov’s prime. Aside from matches involving the Russian grandmaster, this is the most anticipated match since Bobby Fischer squared off against Boris Spassky. It’s well worth your time.

What Is the FIDE World Chess Championship?

The FIDE World Chess Championship pits the reigning world champion against the winner of a qualifying round-robin tournament between eight of the top players in the world. The finals is a best-out-of-12 tournament with draws earning half a point. If the finals end in a draw, four rapid-chess matches are played as a tiebreaker. If those draw, then blitz chess, played with a three-minute starting clock, serves as the final tiebreaker. … Read More