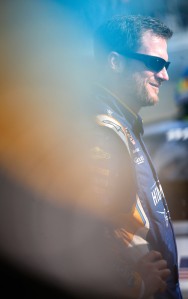 During my two decades behind the wheel as a full-time Nascar driver, I suffered more than a dozen concussions. For a long time, I managed to keep most of them a secret, but then my symptoms got too severe to keep up the charade and I was forced to get help. My battle with head injuries has given me a wealth of firsthand knowledge of the causes, symptoms, types of and treatments for concussions.

Racers get every injury you can think of, from broken legs to cracked collarbones. But it was concussions, not fractures, that forced me to retire as a full-time Nascar driver in 2017. Twice I was pushed out of the driver’s seat because of concussion-related symptoms, missing two major races in 2012 and an entire half-season in 2016.
…
When concussions do occur, it’s important to remember that brain injuries can be treated and healed like any other athletic injury — but only if the proper steps are taken, the right doctors are reached and the prescribed treatment is followed through to the end.

That treatment is not easy. I’d never been a gym guy, but I learned how to become one. My rehabilitation in 2016 was the hardest I have ever worked. I wasn’t told to sit in a dark room, the stereotypical treatment for concussion. That’s not how it works anymore. Instead, I was pushed mentally and physically through fine motor skill tuning, exhausting computer-based eye tests, and a lot of old-fashioned cardio. After months of work I could feel my brain, eyes, ears and body communicating properly again.

I also felt my life returning. The constant, dull feeling of fear lifted. I was smiling again. … Read More