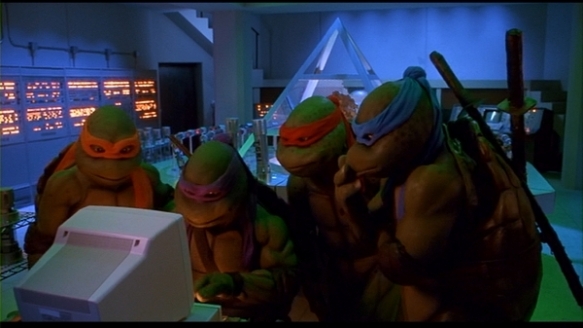 Only three teams– the Rockies, Tigers, and Phillies– declined to participate in the transaction frenzy that concluded on August 1’s non-waiver trade deadline, which means that, yes, even the lowly Braves were in on the action.

One of the clearest messages the trade-deadline market communicated was that contending teams (or teams that fancied themselves contenders, anyway) were willing to pay a premium for relief pitching. Atlanta did send pitchers Lucas Harrell and Dario Alvarez to Texas in exchange for Travis Demeritte, an infield prospect who starred across from Dansby Swanson at this year’s Futures Game, on July 27. They skipped the more obvious opportunity to sell high on the momentarily resurgent Jim Johnson, however, especially considering the fact that he’s a free agent after this season.

Instead, in the words of Fangraphs’ Jeff Sullivan, the Braves “exchange[d] toxic assets” with the Padres by trading infielder Hector Olivera for Matt Kemp.

It’s been tough to find people who think this was a good trade for the Braves. Kemp was good, once, five years ago, when he provided 8.3 fWAR in 161 games for the 2011 Dodgers. Since then, he’s been worth 4.8 fWAR total from 2012 through August 2, when he made his Braves debut at Turner Field: 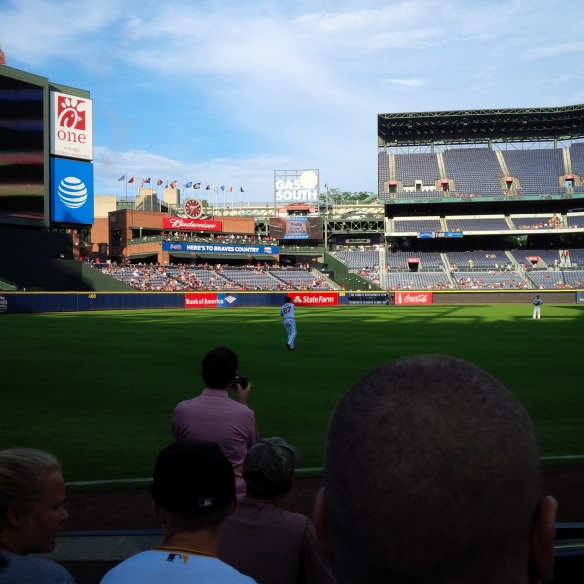 Kemp’s still being paid like he’s an eight-win, MVP-caliber player, but he’s playing like a half-win, DL-caliber player. He can’t run. As he demonstrated for the crowd in his Atlanta debut, he can’t defend. His bat, his only potential weapon at this point, is less consistent than that of Justin Upton, the last consequential left fielder to wear a Braves uniform. Still, when Kemp received a standing ovation from the home fans (who, to my eyes, were outnumbered by a surprisingly large cadre of Pirates fans) when he came to the plate for the first time in the bottom of the first, it so confused the Pittsburgh players that Jace Peterson, who was on first after walking to start the inning, easily stole second. So maybe there is some hidden value there.

But really, what’s the Braves’ plan with this move? Can they turn this “toxic asset[]” into something more pleasant? One thought: the Yankees just traded thirty-nine-year-old Carlos Beltran to the Rangers for three high-end pitching prospects. Kemp is eight years younger than Beltran and not so dissimilar, although he seems unlikely to sustain his performance levels the way Beltran has managed to going forward. 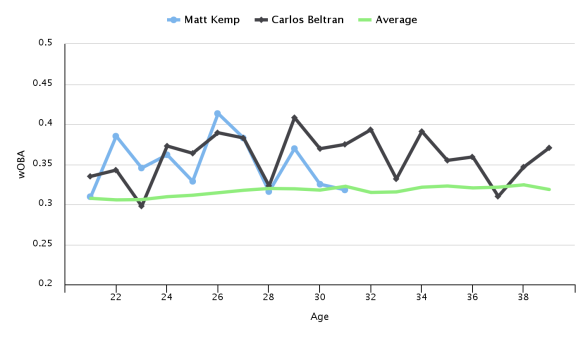 Still, it seems like Kemp would have to be worth something to a contender on the midseason trade market, and maybe Atlanta’s hoping to sell (relatively) high, the same way New York managed to with Beltran. It’s not an impossibility. 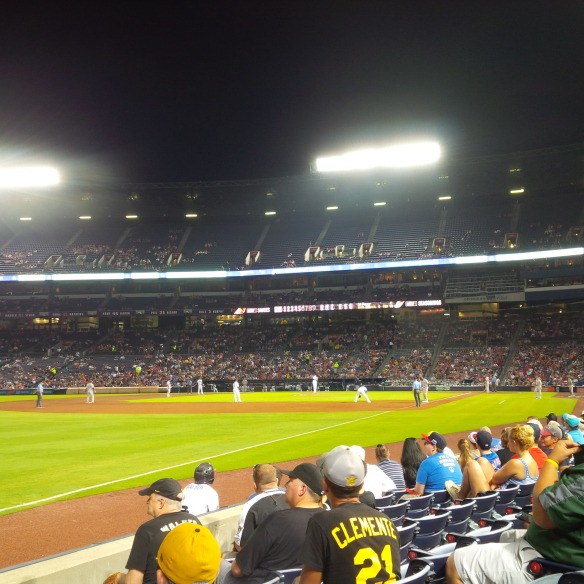 More likely, though, the Braves want Kemp as an arguably marketable fan distraction while they work through their ongoing rebuild. Such is the peculiar state of baseball in Atlanta these days.

3 thoughts on “Have the Atlanta Braves discovered the secret of the ooze?”