In the late 1700s, Jeremy Bentham introduced the modern world to utilitarianism, a political theory organized around the “fundamental axiom” that “it is the greatest happiness of the greatest number that is the measure of right and wrong.” Bentham believed that happiness is quantifiable (unit of measurement: util) and argued that governments should legislate so as to create the greatest amount of happiness for the greatest number of people.

Utilitarianism has its blind spots and, at least at its Benthamite core, is subject to the conceptual critique that it prioritizes majority preferences over minority rights (a classic critical example here), as well as the practical one that utils aren’t as susceptible to arithmetic in the policy-making context as other measurements of value, like, say, dollars. One of Bentham’s students, John Stuart Mill, later updated and expanded utilitarianism in an attempt to address some of its critics, and although some of the theory’s broader ideas remain in the modern political milieu, utilitarian is viewed as a relatively primitive approach today.

The 2016 Detroit Tigers are, to some extent, a team out of time. They are neither aggressively modern (e.g., Tampa Bay) nor hopelessly mired in the past (e.g., Arizona). With the trade deadline rapidly approaching, they are neither obvious buyers (e.g., Toronto) nor obvious sellers (e.g., San Diego). Observers have been declaring for years that the team’s “window is closing,” while conceding that it still is open and may remain as such for another season (in which they will repeat their hand-wringing diagnosis all over again). Given their aging roster, though, time is something out of which this team may be running.

All of that leaves the Tigers with two utility players, arguably a practical necessity in an age of limited rosters and relief pitching specialization, Andrew Romine and Mike Aviles. Unlike Bentham’s utils, it is fairly easy– and easier than ever– to calculate how much these two utility men contribute to the team. Readers may recall Aviles’ preseason scouting report (sayeth BP: “Aviles is no longer useful in a baseball sense,” and “his inability to reach base . . . makes him a complete zero on offense, while what’s left of his defensive and baserunning abilities have become liabilities”) or this more recent peek at Romine’s poor offensive numbers. To keep this part of the offensive update simple, the palindromic Romine (73 wRC+) and Aviles (37 wRC+) have been decidedly below average and aggressively below average hitters, respectively, to this point. Aviles, who’s received twice as many plate appearances as Romine, has been worse than all but ten other batters in baseball (minimum 80 PA), and four of those ten no longer have major-league jobs.

Since spring training, manager Brad Ausmus has insisted that carrying two utility players is not redundant, but the question remains: do Aviles and Romine, together, provide utility to their team?

In one basic, immediate respect, the answer clearly is no. As of this writing, Detroit has completed 101 games in the 2016 season, and they have a 53-48 (.528) record to this point. In seven of those games, Ausmus has started both Romine and Aviles, and the team’s results in those games have not been good:

The Tigers are 2-5 (.286) in games in which both Romine and Aviles start, suggesting the obvious: pairing their weak bats in the lineup is not a good combination. Romine himself admitted earlier this month that he and Aviles “spend way too much time together.” 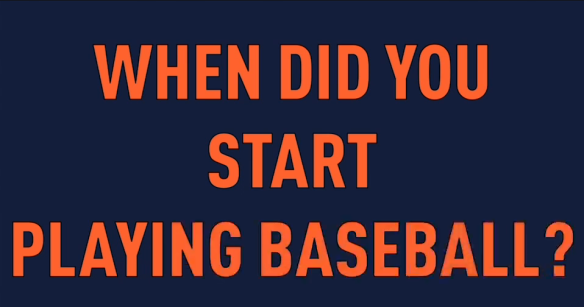 Ausmus’ usage of his relief pitchers may be developing in a positive direction, but, in the interest of further improving the aggregate happiness of the team, he may want to keep Aviles and Romine separated.

1 thought on “Catching Fire: The Tigers are not Utilitarians”