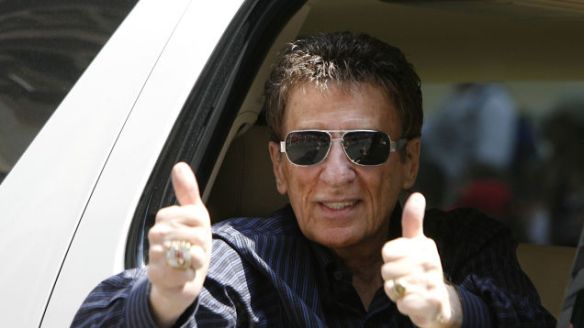 By now, everyone knows The Narrative governing all things Detroit Tigers baseball: the team needs to Win Now because they have lots of money locked up in a few long-term player contracts, and, as those players age, the team’s Window Is Closing. And it’s true: the team has some expensive contracts on the books. Here’s a rough visual, created from the data available on Baseball-Reference:

(Click here for an expanded view.) Besides noticing that I have not recently viewed Anibal Sanchez’s player page, you can see that a number of today’s already-very-familiar Detroit baseball faces are likely to remain as such for a number of additional seasons, and at significant cost to the team. This is known and obvious. That this aggregated fact has real and, on balance, probably adverse consequences for the team’s future– the ability to re-sign J.D. Martinez comes to mind– also is, if less precisely quantifiable, known and obvious.

What also is known, in the sense of constructive notice, if not actual notice vis-a-vis The Narrative, is that there’s simple and obvious relief on the way. It doesn’t even require any fancy accounting arithmetic, like the sort that shows that long-term deals aren’t as bad as commonly assumed:

Basically every long-term free-agent deal is signed with the knowledge that it will end with the player being paid far more than he’s worth in the final years of the deal. But the teams attempt to extract enough value at the front of the contract to make the overall deal a win for both sides. Neither side is concerned with aligning dollars and productivity within the years of the contract being signed, which is why most mega-deals are heavily backloaded, even though it’s well understood that production is expected to be heaviest at the front of the deal before the decline erodes a player’s value.
…
Free-agent contracts end poorly for the signing club by design. Just as teams choose to trade future value for present production when they swap a prospect for a major leaguer whose rights they don’t control for very long, so do teams choose to maximize the present value of their long-term deals by pushing a larger share of the costs of the contracts onto the last few years of the deal. Simply looking at an aging player’s production and salary misses the forest from the trees . . . .

No, the financial relief the Tigers are about to receive is even simpler than that. 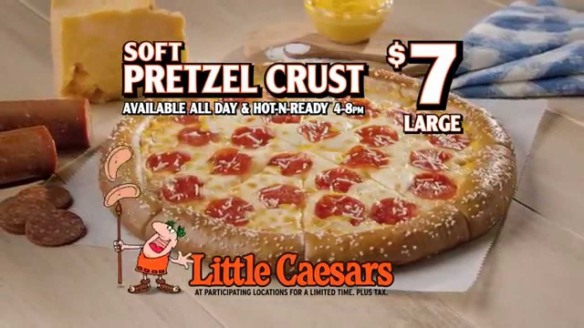 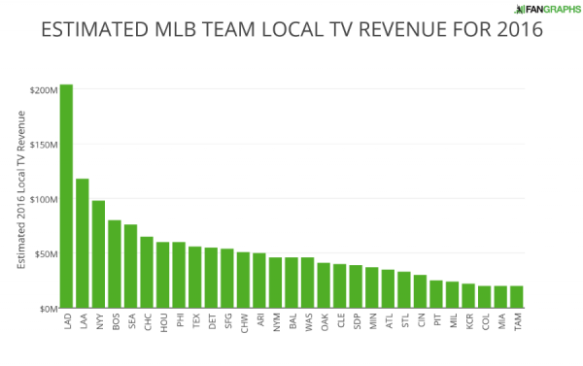 Baseball might not grip the nation the way it once did and the way football now does, but the sport is extremely popular on a local level, making teams’ local broadcast rights as valuable as ever. The increasing price of these contracts means that the only thing better than a rich television contract is a new television contract. New television contracts are the things of which dreams are made– assuming you dream of signing a Zack-Greinke-caliber player or two.

Thus, the good news for Detroit: right about the time things could start to get ugly, payroll-wise, the team will be signing a new TV deal. Their current agreement, with Fox Sports Detroit, expires in 2018. As this Crain’s Detroit Business article highlights, the team has a few options, including negotiating an extension with FSD. It also could attempt to negotiate an ownership stake in whichever broadcast network it partners with going forward, something roughly half of the MLB clubs have done: 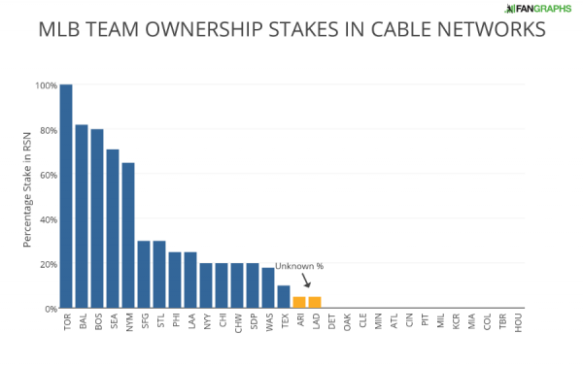 By 2018, the Tigers’ payroll may appear bloated in all the wrong places, but a timely new TV deal could render that bloat irrelevant, and it could allow the team to continue to be competitive– “keep[ing] the foot . . . on the pedal, hard“– for years to come.