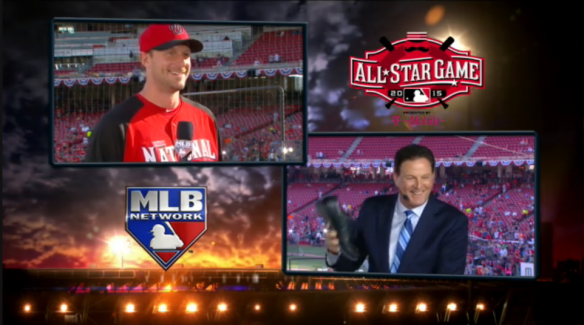 During Home Run Derby batting practice this evening, the MLB Network crew on the field in Cincinnati snagged an interview with Max Scherzer. At the end of the interview, the on-field crew asked Scherzer to throw back to Dan Plesac in the booth by saying “Hello Chief, it’s Max.” After some brief clarification, an apparently unwitting (or merely unwilling?) Scherzer got the line right, to the great enjoyment of Plesac, who was ready in the booth with his shoe phone to his ear. 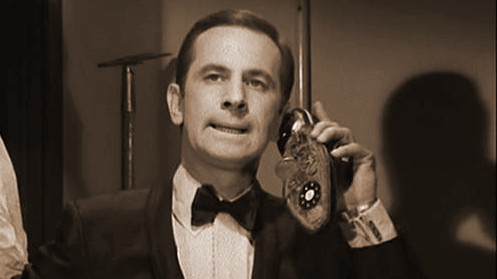 Plesac, an established fan of the 1960s detective comedy television program “Get Smart,” has made the reference before, but this appears to be the first time Scherzer has been a willing participant.

As for what, if anything, Scherzer misses about his time in Detroit, the former Tiger offered that he misses being able to make fun of a certain equipment manager who was bad at fantasy football in person, lamenting that now he only can do so by text message. As the host in the second clip linked in the preceding paragraph seemingly correctly infers, Scherzer is much more interested in fantasy football than real great T.V. shows, which is his loss. As demonstrated again tonight, though, Plesac’s love for the bit is the fan’s gain.