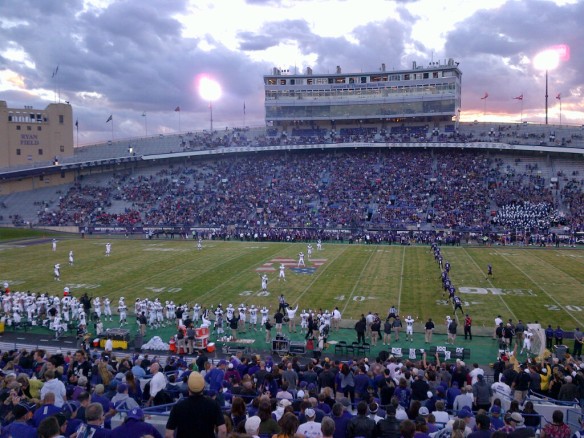 As announced, ALDLAND was in Evanston, IL on Saturday for live coverage of week two’s only SEC/Big Ten matchup. I could use this space to talk about how systematically unprepared Evanston is for big time football on a socio-infrastructural level– be it the lack of parking, tailgate space and supplies, and uniformly green playing surface or the general irritability of the fan base– but we easily overcame all of those would-be hurdles on our way to an enjoyable afternoon on Lake Michigan’s southwestern shore, and, more to the point, you might think I was trying to distract you from what happened once the sun went down and the lights came on at Ryan Field. (Just don’t ask anyone in Evanston for directions to Ryan Field on gameday and expect a helpful answer.)

The Commodore offense could’ve used some better directions to Ryan Field on Saturday as well. The not-so-mild ‘Cats effectively shut down a running unit that’s supposed to be one of the SEC’s best, and the passing attack was mostly ineffective all by itself, particularly in the second half, during which the Black & Gold donned snapback Honolulu Blue costumes and threw bubble screen after useless bubble screen on their way to three big points.  On the other side of the ball, NW’s no-huddle approach to offense, coupled with an extremely mobile quarterback, shredded the Vandy defense with ease.

Looking ahead to the meat of the in-conference schedule, the Commodore faithful may need to revise their optimistic outlook in light of a uniformly weak showing against a comparatively weak opponent.

3 thoughts on “Mistake by the Lake: Northwestern rains on Vanderbilt, 23-13”